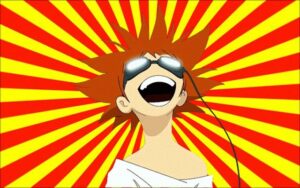 New reports out of Korea indicate that Samsung is gearing up to enter the wearable glasses scene as early as this September at the IFA technology show in Berlin. The device is set to launch with the not-so imaginative name Gear Glass.

According to a story in Business Korea, Gear Glass is likely to run on the Tizen operating system, unlike Google Glass and Epson’s Moverio BT-200s that run on Android.

A Samsung associate reportedly said, “We rolled out the smartwatch first, and have secured a considerable amount of smart glass-related technology and patents. Following the roll out of our smart watch Galaxy Gear in September last year, we are slated to introduce our smart glass Gear Glass this September.”

Samsung has filed patents for wearable display technology in both Korea and the United States.

Like Google Glass, there will be a small prism slightly above one eye for viewing content and an earpiece for listening. One can only assume that, again, like Google Glass, the Gear Glass will allow the user to take pictures or video of whatever they are looking at.

Boy this sure seems like a multi-billion dollar lawsuit just waiting to happen. And if it’s not Google who sues Samsung (or vice versa) it’s going to be one of the other dozen or so companies that have either announced or have already have been shipping their versions of glasses-mounted tech.

One would think that there are only so many ways you can build a prism-mounted glasses technology and that sooner or later someone is going to cry foul. But if you think about it, there are dozens (if not hundreds) of companies making regular vision-correcting glasses, reading glasses, protective lens glasses, and sunglasses and you don’t hear about them suing each other (unless someone slaps someone else’s logo on them and tries to pass them off as originals).

Then again, Apple managed to successfully sue Samsung for copying their phones, even though they too were based on different operating systems.

Internet of All Things: dystopia or utopia?

Smarten up your tennis racket with a Shot Stats Challenger