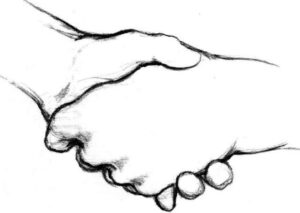 Google and Intel announced today that they will start putting Intel chips in Chrome devices. The goal is (obviously) to try and grab a slice of the laptop market. It’s hard to determine who will benefit most.

At first glance Chromebooks are mighty attractive. They’re light, small and best of all, they’re cheaper than laptops. Price point alone is going to be enough of a sway point to entice a large portion of the people interested in purchasing a device with a real keyboard.

I almost bought one myself – until I checked out the apps that were available. Obviously, as a writer I was most interested in using the device to write articles like this one. Turns out there aren’t any real word processors available for Chromebooks.

Now before you jump down my throat with squeals about Google Docs, OpenOffice Writer, B-Writer, Word Online (or trying to run a real version of Word using some emulator) there is nobody out there that can convince me that any of these options are even close to using a real word processor. (And just to make sure I piss off the greatest number of people who might be reading this, I think this also applies to Macs.) I’ll admit that most people don’t really like to write very much – and they certainly don’t need most of the deep features offered in Word. I do.

The most common flaw people find with these apps is that they tend to loose or scramble documents that you save. I don’t know about you but I count that as a major problem. In fact, that’s where I stop. To me, having my documents lost is not just an inconvenience it’s simply not acceptable.

I’m also not a big fan of the idea that I have to pay an extra monthly fee in order to use a stripped down version of Word online or to store my documents online. I’d rather spend that money on a real laptop with a real word processor where I can save my files locally.

I’m also not too thrilled about the fact that most of the things a Chromebook can do require being online. Now I’ve got a broadband connection and a wireless router that most of my devices share, but there are places around my house (my comfy back porch for example) where the signal just won’t reach. I’d like to be able to sit out there on pleasant days and write my stories to the sounds of birds chirping. Won’t happen with a Chromebook.

Okay, enough ranting. Lots of people like their Chromebooks. Maybe you are one of them. And apparently the apps that are available are more than adequate for the kinds of things they want to do.

The Intel deal is probably a good thing for both Intel and Google – Intel gets to put their chips in more devices and Google can get more manufacturers to manufacture Chromebooks. Win-win for both companies. Now let’s shore up some of those productivity apps and make it a worthy opponent for the laptop.