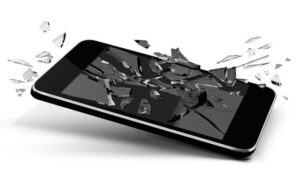 Samsung has announced that the designer of the Galaxy S5, Chang Dong-hoon (who also worked on the S3 and S4 devices) has been transferred to another area of the company and has been replaced by his second-in-command, Lee Min-hyouk. The change comes just a month after Samsung launched the Galaxy S5 with only moderate success.

You might think it had something to do with the recent Apple lawsuit but the tech press is blaming the cheap plastic Chang Dong-hoon used in the Galaxy line. People are also blaming the lower than expected sales of the new S5 on the uninspired design and materials used.

I find it hard to believe that Chang Dong-hoon had carte blanche to choose whatever materials he wanted or that he worked in a vacuum with no input from higher ups in the company. Even with dozens of products in the pipeline each new product is designed, approved, prototyped, tested and well vetted in front of the entire management team. It wasn’t like he worked alone in a secure lab on a remote mountaintop and only came down when he had a finished product (which went straight into production before anyone else saw it).

And I’m not so sure that plastic is the reason for the S5’s mediocre sales. We’ve got access to hundreds of reports and statistics about mobile devices – sales figures, penetration numbers, market share, etc. – but I’ve never seen research about what factors influence a buyer’s decision making process when it comes to choosing a new phone.

I think the main reasons that sales are off for many high-end mobile devices is the fact that the market is flooded with choices and the fact that we may be approaching market saturation. There just aren’t that many new customers out there except in some of the less affluent parts of the world. (It’s estimated that in the US mobile penetration is over 100% – meaning many people have more than one device.)

Of course, if the market has reached the saturation point then device makers really will have to spiff up their offerings to differentiate themselves, either by adding unique new features or designs.

Maybe that’s why Chang Dong-hoon was transferred – management was no longer confident that he was able to design products that were unique enough to stand out in an over crowded market.

Tough spot for any industrial designer. Design a rectangle that’s roughly 2.5” x 5” x .5” with an assortment of buttons and ports and make it stand out from everyone else’s 2.5” x 5” x .5” rectangle. And above all make it look different enough from any of Apple’s 2.5” x 5” x .5” devices so the next jury won’t decide you copied their design.

FCC versus the Internet: Chairman Wheeler doesn’t want to get it

FTC scolds Snapchat for being ‘not so secure’