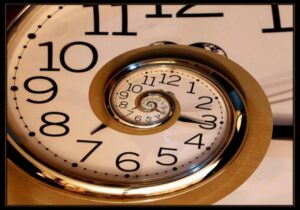 So you finally finished that mobile app, put it out there, promoted it, and had a thousand downloads in the first week. Great. But then you notice that only a few dozen people actually registered for your big contest and fewer still ended up using the app to order products off your website. What’s happening?

We all know that the mobile app market is flooded with thousands and thousands of apps and it’s hard to get attention. But it turns out that mobile app users are also a fickle bunch and just because they download an app doesn’t mean they are actually going to use it. Of course, trying to figure out why people aren’t using an app is a difficult task.

The folks at Localytics, a digital marketing firm that specializes in in-app analytics are beginning to uncover some interesting things about how people use (and in many cases don’t use) mobile apps. By analyzing data gathered from iOS apps with embedded analytics code from November 2013 through February 2014 they were able to come up with some fascinating – and somewhat frightening – statistics. Richard Cipolla, a Solutions Consultant at Localytics and a data science and analytics expert, posted some of their findings in a blog post. (You can read the complete post here.)

One data point that stood out (and practically screamed) was the fact that the longer a user waits between the first time they use an app and the second time they use it the greater the chances are they will never use that app again. In fact, according to their data, “if a user doesn’t launch an app for a second time within one day from first use, there is a 40% chance that their first session will also be their last.” And this “churn risk window” grows substantially as time goes by. “When the interval between the first and second session approaches 7 days, there is a 60% chance that a user will never return.”

Things are a little better when it comes to news, photo, and a few other app categories. With news apps even if the user doesn’t re-launch the app within seven days there is still a 59% chance they will return.

Cipolla also points out that the more time a user spends with an app the first time they use it the more likely they are to re-launch the app within the churn risk window time frame (and the more likely they are to keep returning after that). You could think of this like bounce rates on web pages; people download an app, play with it for a bit, and if it isn’t what they were looking for they move on.

Cipolla’s blog post has a lot of fascinating insights and data that wasn’t available until recently and he even has a few suggestions on how you might be able to mitigate the ‘churn risk window’ drop off in your own apps. Check out his blog posts and the other blogs on the Localytics site at www.localytics.com.

Could floating nuclear plants could ride out tsunamis?

Food shortages could be most critical world issue by mid-century