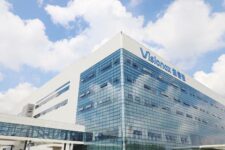 Visionox (002387.SZ), a leading enterprise in China’s OLED display industry, is expected to launch its new technology in the near future, with five major innovations waiting to be unveiled. As the world’s fourth-largest OLED display manufacturer, Visionox secures a long-term stable supply to many brands from home and abroad and has been engaged in the R&D and production of emerging OLED displays for more than 20 years.

Visionox’s R&D innovation on OLEDs is considered an industrial bellwether. Every new generation of flexible displays in China will ultimately accelerate the upgrading and updating of intelligent application terminals.

Visionox was established in Beijing, China in 2001. Its predecessor was the OLED project team of Tsinghua University established in 1996. Now it has become a high-tech enterprise integrating independent research and development, large-scale production, and marketing. It is the first company in mainland China that has a large-scale OLED production line and is capable of mass-producing OLED products. The company has mastered OLED display and module production technology and has established a wide range of upstream and downstream industrial chain relationships. OLED technology gives the Visionox team the opportunity to interact with the world and take the future of the industry into their own hands. Entrepreneurial passion and a drive to develop the OLED industry will always be at the core of Visionox.

Adhering to the concept of technology-based and independent innovation, the company has long been committed to becoming an international excellent high-tech enterprise driven by technology. And its products have been widely used in consumer electronics (phones, wearables, etc.), automotive, industrial control instruments, telecommunications, and more. It is hoped that through this technological innovation, the healthy development of the new display industry will be promoted on a global scale.

What Is Order Cloud?