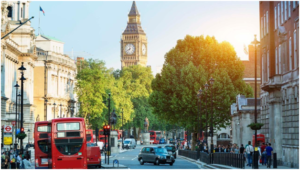 You’re going to be spoilt for choice in the city of London with museums, Abbey Road, carnivals and Wimbledon amongst a list too long to include in a single piece. With so much antiquity and mores oozing from every corner, the capital of England offers activities perfect for family bonding. The red doors, mailboxes, and buses create a striking contrast to the architectural heritage of the city. Here’s what you must do when staying at the best hotels in London:

Before your ‘London Eye’

Wondering if the lengthy queues and slow spin of the wheel are worth it? Well, they are, and you know it too. The giant Ferris wheel captures a sight of the city with great precision owing to its surmounting height of 135 metres. It’s always a good idea to reach early to avoid long queues, but then again you can book tickets in advance for an evening when it’s lit up with varying luminesce to mark several occasions. Word on the street is that celebrities like Matt Damon love it, who made 5 trips alone in 2016.

The fables that mesmerised millions across the globe invite a visit to Platform 9 ¾ at King’s Cross Station or Gringotts Bank – which is actually the Australian Embassy. Go to Warner Bros Studios and roam the actual sets of the Harry Potter movies that broke the box office and created years of fantasy for generations. The final piece of writing in this wonderful series – Harry Potter and the Cursed Child can be seen on stage since 2016. But buy tickets well in advance because literally, everyone wants to watch it.

A family vacation is quite incomplete without your bags teeming with the best of everything from places like Covent Garden. Oxford Street it is, in case you’re keen on getting handbags full of what decorates the London Fashion Week. Regent Street is yet another option with humble offerings in vogue. And of course, there are Bond Street and Mayfair for brands like Tiffany & Co. and Louis Vuitton. For everything else like antiques, gifts, books and organic food there is Notting Hill.

Go round the Stonehenge

Once you’re done with attractions within the city, plan a day to visit the ancient monument which has intrigued geologists for centuries. You can drive down to the site but it’s better to take a guided tour for a holistic experience. Legend has it, giants carried these huge rocks and formed this mystery in Wiltshire, England. The site is worth beholding which has been, to the great confusion of scientists, aligned with the Solstices.

Where are you staying?

As soon as you’re done with immigration at the airport, hail a cab and head to the one of the best five star hotels in London at Tooley Street. In 2017, the hotel received the award for the ‘best market entrant of the year – UK city hotel with 51 rooms and above’. It is located in close proximity locations such as the Tower Bridge where you can view the road and river below through the floor. Built with an image of the London’s finest architecture, The LaLiT London is a fine blend of food and wine, relaxation and of course, stay.

Ways to Keep Your Marriage Strong