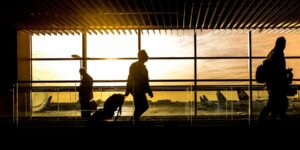 When you plan a vacation, the first thing you usually do is make a list of the major tourist attractions. Your trip may be packed full of things you have read about or researched online. It can be fun, however, to find out about some of the lesser known attributes of the city you visit. Some people ask the locals for advice, or simply go wandering around town. Chicago is a well-known city for a myriad of reasons. It is a city that can be seen in the background of many television shows. You can learn a lot about a place from paying attention to what you see on TV. Here are a few secrets that television has shared about Chicago over the years.

There are three of these in the city of Chicago. The oldest one, Our Lady of Sorrows was built in the early 1900’s. The Untouchables, a 1987 movie, features a scene that was filmed here.

This famous movie studio was home to the famous Charlie Chaplin and Gilbert “Broncho Billy” Anderson. Movies and shorts were filmed here. The building is now home to St. Augustine College, however, a stage that bears Charlie Chaplin’s name is still used in the auditorium.

Until 1915 the Chicago Cubs played at West Side Grounds. A portion of this field is still there. It is a secretive little space located at the University of Illinois Medical Center. It can be found nestled between buildings. This is where the cubs won the World Series in 1908, prior to the construction of Wrigley Field.

There are several interesting cemeteries in Chicago, however, this one has a significant collection of memorable people. Among these are the Chicago’s first African-American Mayor, Harold Anson. Cannons and a memorial mark an area where 6,000 POW’s from the confederate army are buried. These are victims of a prison camp.

This building is now a post office, however, it used to be the home of H.H. Holmes. The 1890’s serial killer has been compared to Jack Ripper concerning the severity of his crimes. When he lived there the building housed a soundproof vault and secret rooms and passages.

During the 19th century, about 700 miles of streets were paved with wood, due to the inexpensive nature of lumber at the time. Most of these streets were lost during The Great Chicago Fire of 1871. One wooden alley still remains at the streets of Astor and State.

During the stockyard days, the innards of animals were thrown into the creek. The portions were so large, that the gases from decomposition are still being released. The creek actually bubbles.

You can’t exactly set foot in this speakeasy building of the past. Al Capone’s hangout and murder headquarters has long since vanished. An empty field now exists where The Four Deuces used to be.

Once an elaborate travel system for freight and coal, the underground tunnels in Chicago have long since been sealed up. These tunnels are about 40 feet below the bustling city of Chicago. The tunnels were the source of a major flood in 1992.

Part of Lincoln Park used to be a cemetery. The widespread cholera outbreak, however, left some wondering if the dead bodies could transmit the disease. In 1869 there was an attempt to move the bodies out to the country and away from Lake Michigan. The Chicago Fire interrupted the project. Around 10,000 bodies remain buried in the park.

Every city has secrets. Many things that go on may not be visible at first glance, others may be hidden by the past. Sometimes these secrets revealed in the oddest of ways. Take a look around Chicago, or your own city to find the hidden treasures and skeletons in the closet.