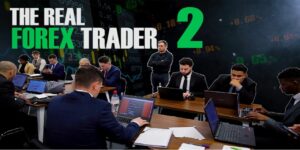 Samuel Leach, CEO and founder of Samuel & Co Trading, leads and designs foreign exchange (also known as forex, FX) and algo-trader education programs. Among these programs are the Real Forex Trader Series 2, a Youtube show where inexperienced foreign exchange traders compete. In the recent episode titled Creating Successful Traders – Cash Raise Challenge, Leach challenges two teams of competitors to create a unique sales strategy. The team that yields the most cash profit wins and all cash will go to charity. Ultimately, this episode highlights the practical and emotional similarities between sales and foreign exchange trading.

Samuel Leach began his trading career at the University of Hertfordshire. He ironically had a poor experience with a foreign exchange course early in his studies. As a result, Leach taught himself to trade on his own. He used a student loan from the University of Hertfordshire as his first foreign exchange capital. After working 16-18 hours a day over 18 months, these remarkable efforts yielded a staggering profit margin. The 2,000 GBP turned into a 170,000 GBP profit. This experience sprung Leach into foreign exchange trading.

Leach’s success as a self-made foreign exchange trader introduced him to his leadership potential. In 2012, he assembled Samuel & Co. The company established a 50-50 profit share arrangement and recruited around 60 traders to work on live accounts. Samuel & Co has since expanded into an accredited training and education program for new traders. Their courses cater to any and all aspiring traders regardless of their trading experience.

Eight years later, Samuel & Co stretches from England to Madrid. For example, the company hosts a series of live lectures that entail weekly foreign exchange market lessons for those looking to start foreign exchange trading. In each weekly class, seasoned traders will lead in-depth discussions on how to successfully trade in the FX and Stock markets. The lessons cover a different topic every week and allow every participant to learn from a seasoned trader with live trading experience.

Leach’s methods have a widespread appeal. They thoughtfully bridge human psychology, personal habits, and practical experience to cater to traders at all expertise levels. His system also generates consistent returns and offers traders with initial capital to actually make money. Samuel & Co’s Junior Trader Program, one of the Leach’s most popular programs,niquely offers participants the chance to cash out up to 20,000 GBP.

On Wednesday, April 29th, Samuel & Co’s YouTube channel launched The Real Forex Trader Series 2. The program takes place over four weeks in the United Kingdom. It is filmed for other traders to “binge-watch” and learn from shows extreme intellectual challenges. Eighteen applicants are selected and thrown into “the deep end of the financial markets.” Each participant trades with a Demo account, followed by a live account with Samuel & Co trading. Participants are mentored by Samuel Leach and a team of experts on how to improve their craft and ensure long-term trading success. Highlighting this mentorship provides the viewer with tried-and-true advice that can be applied at home.

The weekly challenges thus far in the series aim to show each competitor’s personality and work ethic. In a recent episode titled, Interrogation, Why You?, Leach and his staff ask each competitor why they believe they can win the competition. Many of the competitors identified as strong-willed hard workers. They were confident that their personality would enable their trading success, even if they currently lacked the experience. The episode amplifies another important emotional skill in trading, the ability to stay humble. According to Leach, no trader can succeed unless they are willing to honestly evaluate their weaknesses. Even if your work ethic seems suited for the competition, only those who refuse to quit when faced with adversity will evolve beyond the novice-trading level.

In the Real Forex Trader Series 2 episode titled Creating Successful Traders – Cash Raise Challenge, Leach tasked both teams with generating cash-profit margins through sales. The competitors brainstormed a variety of goods and corresponding tactics that they believed would yield a cash-profit. All cash from the challenge would go towards charity. Leach stated that four competitors would be eliminated at the end of this challenge. He also announced the Cash Raise Challenge as the final task before the competitors begin foreign-exchange trading.

Leach designed the Cash Raiser Challenge to test the competitors on how they apply the foundations of trading to a team-based challenge. At the beginning of the episode, Leach discusses how many of the questions that he hopes competitors are asking themselves when drafting their sales plan are similar to the questions you ask yourself as a trader – “What is my exposure? How much stock do I have? What is my risk? What is my profit margin?” In addition to the practical applications, Leach also explained that this challenge exposes competitors to the emotional side of trading. Each team will see how stress, long hours, being overworked, and patience comes into play when looking to maximize a profit margin.

This challenge required the competition’s aspiring traders to work out their thought processes, out-of-the-box thinking, and project management skills with their teammates. For example, one team chose to capitalize on impulse buys. They chose to sell flowers and chocolate on the street in the spirit of Valentines’ Day, which was around when this episode was filmed.

The opposing team first discussed selling products such as hand sanitizer and books at a mark-up price. The team also tried a meal delivery service but abandoned this idea once they realized many companies offer in-house catering. Though they did not capitalize on Valentine’s Day like their competitors, the team eventually decided to capitalize on impulse buys such as gloves. One of the last scenes of the episode highlights the team buying gloves in bulk at a low-cost, with the plan of selling them at a higher cost on the street.

5 Reasons to Use Spotify