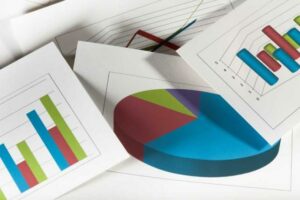 A new piece of research has found that while IT budgets are set to increase next year for many organisations, new staff won’t be taken on in the majority of IT departments.

The “2014 State of IT” survey undertaken by Spiceworks in May quizzed over 1,000 IT professionals from North America and EMEA, from a diverse spectrum of businesses starting at SMBs all the way up to enterprises.

However, despite extra resources coming next year to close on half the respondents, the majority – 60 per cent – said that their company wasn’t likely to hire more IT staff in 2015.

It would seem the heart of the matter is that rather than having money to spend on recruiting new employees, IT departments are having to spend more on tech solutions to help manage the likes of BYOD and the more prevalent use of the cloud.

Kathryn Pribish, Voice of IT program manager at Spiceworks, commented: “We’re finding that while companies are investing in technology solutions, they’re not committing to an equal investment in hiring the IT professionals who make sure technologies function properly and help employees get their jobs done.”

The survey also found that 61 per cent of IT pros make use of cloud services, with 8 per cent more planning on adopting a cloud service within six months. Cloud usage is particularly heavy amongst smaller firms with under 250 staff members.

As regards BYOD, 68 per cent of respondents said that their company was already supporting staff bringing in their own hardware – with 60 per cent of those letting employees bring their own smartphones, 51 per cent tablets, and 38 per cent laptops.

And again, as is the case with the cloud, smaller organisations are more likely to adopt BYOD. 83 per cent of small businesses with less than 20 staff utilised BYOD, compared to only 61 per cent of organisations with 500 plus workers.

Samsung wants to get Oculus VR on its handsets