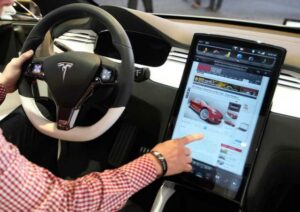 Electric car and space exploration entrepreneur Elon Musk shocked the world today by announcing that all the patents belonging to his company Tesla Motors would be flung open to the public.

The engineering Wunderkind announced the landmark move on the company’s blog, in a post entitled “All our patent are belong to you”.

“Yesterday, there was a wall of Tesla patents in the lobby of our Palo Alto headquarters,” Musk wrote. “That is no longer the case. They have been removed, in the spirit of the open source movement, for the advancement of electric vehicle technology.”

Musk appeared not only to open up the company’s sizeable portfolio of patents, but also to denigrate the very concept of patents in the first place. He called them “a lottery ticket to a lawsuit”, and described them as being ineffective against what he calls “a determined competitor”.

“When I started out with my first company, Zip2, I thought patents were a good thing and worked hard to obtain them,” Musk wrote. “And maybe they were good long ago, but too often these days they serve merely to stifle progress, entrench the positions of giant corporations and enrich those in the legal profession, rather than the actual inventors.”

The Tesla Model S, the world’s most successful fully electric vehicle, has so far garnered a great amount of success. Global cumulative sales of the Model S passed the 25,000 unit mark in December 2013.

The Model S became the first electric car to top the monthly new car sales ranking in any country, twice leading in Norway, in September and again in December 2013. It also won Automobile Magazine’s 2013 Car of the Year.

Of course, there’s always an ulterior motive in any enormous altruistic move. Some commentators have suggested that this might have something to do with Musk’s preparations to build his $5 billion “gigafactory”, which is meant to produce battery kits for as many as 500,000 electric vehicles by 2020.

By offering up Tesla’s patents to competitors, Musk could be hoping to expand the market for electric vehicle batteries and secure a lucrative business going into the future.