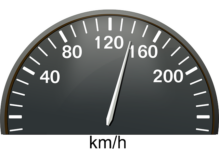 Reckless driving has become a menace in society, with numerous cases of fast and reckless driving occurring in the city. It is so common nowadays that none of the streets of Memphis are immune to it. These careless drivers are called super speeders, and this title is not something to be proud of. Irresponsible driving increases accidents, which in turn results not only in loss of property but human lives as well. In addition to this, it can cause significant injuries, leading people to a bedridden life. The consequences of fast and rash driving can be far worse than the momentary thrill that people acquire from it, not only for the driver and their loved ones but also for the other party and their loved ones.

The number of speeders on the road these days is frightening. These people have no regard for their lives or anyone else’s life, for that matter. This rising number of speeders on the road can be judged from the mere fact that the councilman of the city, as well as the district attorney, saw speeders on the very same day. This is incredibly disturbing to think how frequent and common speeding has become today, and it often leaves people upset and wondering if anyone is safe in the streets of Memphis today. The City’s Police Chief was shocked to see how people drive in a state where going beyond 25 miles per hour or more than the speed limit on some streets is considered a crime. Even after knowing how dangerous it is, super speeders do not understand how serious it is and how it can not only injure someone but can also be lethal and take someone’s life.

These super speeders hurt people around them without thinking about how wrong it is. They can not only harm others around them but also severely hurt themselves. Not to add, they should realize that they could end up hurting their own family with their reckless driving. These accidents are more harmful to people than we can even imagine, and they are not only unsafe for the citizens out on the streets but also for drivers and passengers. A recent case depicted this perfectly where a young girl died because of the negligence of a hasty driver who crashed into her car at a very high speed as he couldn’t hit the brakes at the right time. Not only did this end her life, but it also left her family disturbed for a long time. Cases like this tell us how carelessness on the road causes dangerous incidents, which are hard to recover from.

According to the city’s police data, there were 790 arrests for rash driving, which is 31% more than in 2019. Yet there were only 115 convictions as there are a lot of speeders who are not caught on the spot as per the policy of not trying to catch them if they are above a certain speed. As a consequence, a lot of people are not proven guilty because of a lack of evidence. Not to add, minor sanctions like limited convictions and small fines are not enough to keep people from driving these days mindlessly. According to well-known Memphis Attorney Allen Yates, of Yates & Wheland, “The penalty of reckless driving should not count for misdemeanor and should be considered a felony instead to warn people of the consequences of their actions.”

To solve the problem of these super speeders, the government has proposed the idea of increasing the fine up to $2500 and increasing the time you need to spend in jail by up to a year or more. This will automatically stop a group of people from speeding over the limits. To fix the problem of lack of evidence, the police will now be allowed to chase speeders down irrespective of what speed they are driving at.

Why You Should Consider Hiring a Personal Injury Lawyer