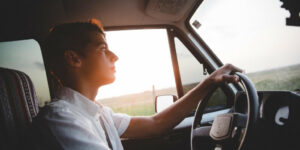 When you have teens, there are a lot of milestones, as well as some trials and tribulations that can come. Teens are doing things such as getting their learner’s permit and preparing to drive, taking the SATs and ACTs or thinking about what their plans are after high school graduation and often getting their first jobs.

Teens want to feel independent in many cases, but they don’t necessarily have all the tools yet to be fully independent. Some teens struggle with being independent as well. They may want that independence, but they’re intimidated or not quite ready.

As a parent, your natural inclination may be to try and restrain your teens from taking on too much independence, but that can cause rebellion or other problems. The goal should be a healthy balance between fostering independence but doing so in an age-appropriate way.

The following are some tips and things to keep in mind if you’re the parent of a teen and you’re unsure of how to strike that balance.

Work with Them To Achieve Milestones

You may have a sense of fear about your teen achieving certain milestones. For example, with driving, you may be worried about how your teen will fare on the road on their own, and you may have many understandable concerns.

At the same time, teens getting their license and driving is a necessary milestone.

Rather than letting fear control you, empower your teen to become a safe, responsible driver by taking the time to work with them and prepare them for getting their permit and license. Don’t avoid the situation. Face it head on and get them ready to take on the big responsibility of driving.

If you live in an area where your teen won’t be driving, or maybe your teen truly isn’t ready to drive, you can teach them other transportation skills. For example, work with them to learn how to use public transportation to navigate in their home city, and in places they aren’t as familiar with.

Getting from point A to point B is an essential part of achieving independence.

Teens have fluctuating hormones, and they aren’t yet at the point where they can fully manage their emotions and cope with difficult situations, so work with them on this. For example, if you’re teen struggles with anxiety and how to handle it, find ways to deal with this. If your teen’s temper gets the best of them, work on this.

We often underestimate how important managing our reactions and learning coping skills are throughout life. It’s important in school, in work, in relationships, and sports.

Teach your teen the basics first. For example, teach them about creating simple checking and savings accounts and managing those accounts. You can work through how to create and stick to a budget as well.

Then, once your teen has managed the basics, consider working with them on things like credit card debt and why it’s important to avoid it, investing, and saving for retirement.

Give Your Teen Some Control Over Their Own Life

If you’re a parent who micromanages, it’s much more likely that your teen will rebel. Provide your teen with the ability to be autonomous, within reason. Create boundaries but within those boundaries, ensure there are some flexibility and options for your teen to control their lives and their choices.

If your teen has no autonomy, even if they don’t rebel, it’s going to be difficult for them to make decisions later in their life. They may struggle with indecisiveness, or they may get into co-dependent relationships.

When you’re creating rules and boundaries, make sure they’re age-appropriate and let your expectations be outlined, without being too specific as to how the rules are to be carried out. Create a safe space, but not a prison-like safe space.

Finally, don’t always try to eliminate the consequences of your teen’s actions and mistakes. Of course, you want them safe, but if you try to always shield them from consequences, they’ll never learn what those feel like, and they’ll be ill-equipped for the inevitable consequences of their life later on.

How to Choose an IT Staff Augmentation Partner