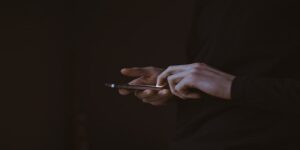 – there is  something about a “source” that is indicated in the article and it is has a link with it. but it seems off. i am not sure if it is a reference or it really is just part of the body of the article   –

During our financial lives, many of us have or will have used an overdraft, either as a financial safety net or to lend households a helping hand when an unexpected expense arises. Overdrafts can be very helpful to ensure those unplanned bills are covered.

What are unauthorised overdrafts?

Unauthorised overdrafts: these are also known as ‘unplanned’ or ‘unarranged’ overdrafts and happen when you spend more than you have in your bank account without agreeing on it in advance. They can also happen if your bank has agreed to an overdraft for you, but you go over the limit they’ve set.

Borrowers should know that dipping into an unauthorised overdraft could incur several fees from debt interest, monthly transaction fees and even daily interest. Typically, these fees, interest and charges combined mean borrowers can find themselves in more debt than anticipated, that they may later find more challenging to remove themselves from the situation.

Not only is the daily interest now at extortionate rates, but banks also add a fee for “arranging you an unauthorised overdraft” – and this fee is for each time and month the bank account holder does this, thus in the process, add crippling debts to being overdrawn.

How expensive are unauthorised overdrafts?

In January 2015 new FCA regulation stipulated that all payday loans lenders must cap the charges that they apply. For example, on £100 the maximum fee would be £22.40. Some banks charge £90 for dipping into their overdraft for the same amount.

Recent research from the UK consumer group Which? demonstrated that 13 out of 16 high street banks charged more than a payday loan lender when borrowing £100 over 30 days.

Furthermore, the consistent use of unauthorised overdrafts can begin to chip away at your credit score and will be recorded on subsequent credit reports. A lower credit score will most likely impact the chances of getting a loan, credit card or mortgage in the future. Always ask to have an arranged overdraft rather than first going overdrawn.

An adverse credit score can take months to rectify; not only must you demonstrate a good credit borrowing habit. You will need to wait until credit reference agencies update your information and only then, can you begin to make a new credit application.

Read how to boost your credit score here.

Learning to manage your money is crucial, expressly when it comes to avoiding unauthorised overdrafts and the compulsion to dip into it to cover those monthly emergencies. Yet, think, can you really afford to have an authorised overdraft? Would it be better to consider arranging one beforehand or seek some credit alternative so that you can avoid the pitfalls of crippling interest rates and fees being applied daily?

David Bailey-Lauring is a single father of three boys so he knows what it takes to stretch a budget when it comes to family finances! David is a small business entrepreneur and regularly writes about entrepreneurship, tech, sports and personal finance in the UK, USA, and Europe.

Innovations in the Construction Field