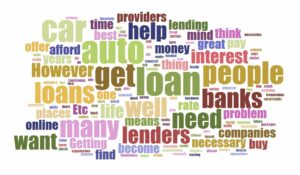 Over the past decade, short term loans in the UK have come to the fore more than ever, with various lenders coming into the spotlight for the wrong reasons. However, in 2014, the Financial Conduct Authority (FCA) introduced sweeping new regulations. These rules and requirements apply to the vast majority of High Cost Short Term (HCST) lenders across the UK, requiring a higher degree of compliance and increased lending and repayment rules.

The FCA has tightened up the loans industry for the better, with a number of unscrupulous lenders having been closed down. The results of the legislation being introduced is that the payday loans industry has seen its reputation start to improve and a number of more specific products have emerged, one of the most popular being instalment loans.

With an increase in the number of instalment loans and lenders of these products springing up, it is important to understand what they are, how they work, how they are repaid and why they may be a better or worse option for you than a traditional payday loan. Additionally, as with all forms of short term finance, an instalment loan is not necessarily for everyone and knowing how pertinent one of these loans are to you is also important.

What is an Instalment Loan and How Does it Work?

Instalment loans are a form of HCST loan and although they typically provide borrowers with similar amounts of money to traditional payday loans, they are, by their very nature quite different.

An instalment loan is applied for in much the same way as a payday or other form of short term loan, with most competitive providers online. The prospective borrower fills out their application form which will require numerous details about income and salary, personal circumstances, dependants (people who financially depend on the borrower) and other personal details.

However, unlike a traditional payday loan which will ask for a single repayment date, an instalment loan allows the borrower to repay the loan; capital plus interest in numerous repayments. Hence, as part of the application process the borrower will not only request how much they wish to borrow, but also over how long. For example, they may wish to borrow £500 over 3 months as opposed to 30 days.

Once the borrower is approved for the loan, the clock starts on their repayments.

How Do Repayments Work?

The repayments for instalment loans are what set these types of loans apart from many others. The loan is broken up into more manageable monthly repayments, consisting each month of the capital [actual loan amount] plus interest [a cumulative percentage]. As long as the borrower repays on time, the loan will be cleared by the end of the loan term.

The borrower and the lender will have already agreed payment terms which will entail an agreement on which day of each month during the repayment schedule the money is taken from the borrower. This is usually done within a few days of payday, ensuring the money is in the borrower’s nominated account for payment. The money is paid to the lender usually via a Continuous Payment Authority (CPA), whereby the borrower grants the lender permission to automatically take the required repayment amount from the nominated bank account.

Who Are These Loans For?

Instalment loans are for anyone that qualifies for them. However, there are some types of people and those in certain employment positions whereby instalment loans are more likely to be required. For example, a full-time employee may require an instalment loan to tide their finances over from the middle of a month until the end when payday comes around.

However, a contractor [one who works on a freelance basis] who may be employed by a UK umbrella company as opposed to a ‘traditional’ employer may need a loan at the start of the month before their income starts coming in. Regardless of who needs a loan for what, there are certain criteria that almost all lenders will check a prospective borrower against. These are often referred to as the ‘lending criteria:’

How to Find the Best Photo Book with Mix Book

Top 5 Careers that are Solely Dependent on Technology Advancement