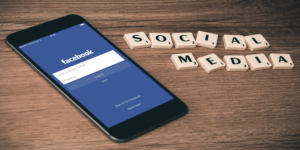 The Facebook “community” has now hit the two billion user mark. On Tuesday, Facebook passed the 2 billion active users mark. This good news was announced by founder Mark Zuckerberg on his profile on the social network. Since its inception in 2004, the social media giant has made major improvements in the number of users. It surpassed a one billion user mark back in 2012. It hit 1.94 billion users in May this year, and now 2.0 billion.

Other Facebook services are also doing very well. Messenger and WhatsApp have already exceeded one billion users per month and Instagram has more than 700 million users.

Every day, more than 175 million people share a memorable reaction, on average more than 800 million people like something on Facebook. As for Facebook groups, they are used by more than one billion people in the world. To celebrate this new statistic, the social media giant came up with this video.

Facebook will no longer merely connect people, but also bring them closer together. It will not give people just a voice and a way to get in touch, but Facebook has a big responsibility of providing more than it’s currently doing.

Earlier this year, Facebook also presented its new manifesto. This new manifested hinged on the principle that progress now demands that mankind comes together, not just in cities or nations, but as a global community.

On the other hand, with its project internet.org, Facebook finances projects whose objectives are geared towards increasing the number of Internet users in the world like the Free Basics program that has met the net neutrality mark in India.