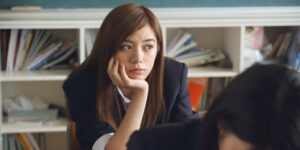 Most of us get told from a very young age that going to college is the best way to guarantee a financially lucrative future. Without college, we’re told we’ll be stuck in minimum-wage jobs forever, never being able to move beyond being assistant manager of the local fast food restaurant. That’s an oversimplification. It is true that education can go a long way towards brightening your future, but it’s no guarantee, and sitting in a classroom isn’t for everyone. Broadly speaking, most people can benefit from more education, even if it’s not courtesy of a university or community college. And if you didn’t go to college in your teens or early twenties, it’s not too late.

Think of all the people you meet in a typical week. There are certainly a fair amount of college-educated professionals. When you get a doctor, the physician who talks to you about your sinus infection symptoms has both a four-year degree and a medical degree. When you conference with your child’s teacher at school, you’re talking to a trained professional who may even have a master’s degree in education. One thing that’s easy to forget, though, is that the majority of the United States does not have a bachelor’s degree. In fact, around 70 percent of people don’t, although a higher percentage of people have an associate’s degree, or attended college for a bit but dropped out. The reasons for that are numerous, but cost remains a huge obstacle. Race and class also play a major rule. First-generation college students get more scholarships because they’re much less likely to make it to college and graduate.

So what do people without degrees do to make ends meet? Some do struggle in minimum wage jobs, but not everyone does. There are good paying jobs in industries like construction and auto repair, but you can’t just jump into those jobs. You need training and, in some cases, certification from certain agencies. Fields like cosmetology are also popular, but you’ll generally need to go to cosmetology school and be licensed by the state before you can set up your own salon. Generally speaking, though, training for the above fields is considered more affordable and attainable than heading off to a four-year university.

There are plenty of reasons that going to college in your late teens or early twenties is considered more acceptable than going when you’re older. For one, most people in that age group don’t have families to support. Once a spouse and kids enter the picture, then time becomes even more a precious resource. If you’ve long dreamed of going back to school to enrich your life, now you can go back to school to enrich your family’s life as well.

Online colleges are a great option for working parents, or even non-parents who have full-time jobs that require them to be in an office at least 40 hours a week. Make sure to find a reputable college that existed in physical form long before it ventured into online territory. The online-only schools generally aren’t as prestigious, and some of them are known as “diploma mills” that take money from students without offering much in return. Find a quality school that will offer you a quality education, as well as an institutional name that you’ll be proud to list on your resume.

How to deal with workplace discrimination before it gets to court

6 Tips for Marketing a Service Business