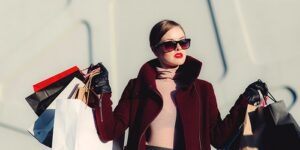 When it comes to fashion, what you find in the store doesn’t always reflect the weather outside. It might be 20 degrees outside on February 1, but you’ll have a difficult time finding a coat. Stores expect you to purchase a coat at the beginning of fall, and if you’re late to the game, you’re out of luck.

Instead of finding long johns and gloves in the beginning of February like you would expect, you see clothing fit for the spring, like short dresses and Daisy Dukes shorts. This is known as resort season, and if you’re unfamiliar with the world of fashion, you might have a few questions about what it entails.

What is Resort Season?

Resort season, often known as cruise, pre-spring, or holiday season is a fashion term that refers to a pre-collection of clothing that comes out after fall and before spring. It’s often designed for those going on vacation to a beach destination, so they need clothing designed for warmer temperatures.

However, resort season doesn’t just mean that you’ll find bikinis and sun dresses. You’ll also find fur coats and wool dresses in a typical resort collection, although this isn’t something you would have seen a few years ago.

Brands are now trying to encompass all resort vacations in this collection, including ski resorts. There’s also a selection of more functional items, so even if you aren’t going on vacation you’ll be able to shop, but the in-weather items of resort season will be pricier

Stores want you to have the right clothing for your holiday, whether you’re going on a ski trip or looking for places like Cairns camping sites in Australia.

You won’t see this in every store, as many stores have specialty clothing that they sell all year round. It’s often a collection found in wealthy or upper class clothing stores.

When is Resort Season?

Stores decide the starting and ending point for resort season based on their typical inventory. However, it usually begins after Thanksgiving in November and ends at the beginning of February before spring collections hit the store.

Will All Designers Show off Their Resort Collections on Runways and in Magazines?

Not all designers have a resort season collection, but it is becoming more common. Resort season is a pretty small period of time in the fashion world, and therefore is a smaller collection. Resorts often simply release look books to a few media outlets, but they don’t have a big presentation.

It’s becoming more common to do so, however. Dior, Gucci, Louis Vuitton, and Chanel have all done resort season presentations in the past, often in a tropical venue like RIo or Cuba. If you’re interested in attending a show, it’s worth watching fashion news for hints of an upcoming event.

These shows tend to be smaller and more intimate, although they’re expected to get bigger in the future. Now is a good time to check out the show while the crowds are minor.

Why Do Brands Do Resort Season?

The primary reason is cash flow. Stores that just sell winter items tend to have a harder time moving those items because people stocked up ahead of time. When they offer items for vacation during the winter, it appeals to a much broader audience.

The travel industry is also to blame for this. In the last year, destinations like Florida, the Bahamas, California, and other tropical resort destinations have exploded. People travel there for a weekend to escape the weather or go for the entire winter. Resort season just exists to meet the resulting demand.

A Comprehensive Guide on How To Buy Car Speakers

Difference Between A Check Stub Maker and a Check Stub