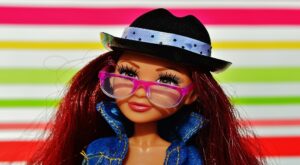 Toys are known to stimulate creativity and enhance cognitive behavior in children. From a collection of games and puzzles to action figures and enchanting dolls, it is evident that toys offer never ending entertainment and education to children of all ages.

If you reminisce about the past, it is easy to point out one of two toys that you coveted but couldn’t get your hands on mostly because they were too expensive or impractical from the parent’s point of view.

Most of the toys that have stuck with us over the years are those that allow us to create or recreate our living experiences along with those that help us explore the new world. Below is an abridged list of cool toys that most adults never had a chance to play with, but today’s kids do include:

Released in 1995, the Hot Wheels Treasure Hunt Cars remain a must have item for ardent toy car collectors of this age. The original box of Hot Wheels featured 12 cars and came with a certificate of authenticity, which succinctly gave the owner some bragging rights. The most popular vintage cars in the list included the likes of 1968 Custom Camaro, 1975 Chevy Monza 2+2, 1971 Cockney Cab and 2000 Seared Tuner. A complete, original Hot Wheels packet in mint condition is hard to come-by today, but it’s not uncommon to find one online.

It is inconceivable to think about the 90’s kid’s shooting scene without mentioning the Laser Challenge or similar toys. This toy is particularly remembered for its incessant warning beeps, which drove many parents into insanity forcing them to give it away. The beeps aside, memories of the Laser Challenge remain firmly etched in the minds of many adults.

As with the popular Pokémon cards, Pokémon for Nintendo Gameboy has had an enduring legacy that still stands today. The creation of the Pokémon series and its characters was inspired by the developer’s childhood experience that was curiously centered on collecting insects. Pokémon for Nintendo Gameboy is not an age restricted game; this means adults can enjoy the fun too.

This popular tiny playhouse doll first hit the stores in 1998 and since then, its popularity and market value has risen considerably. A complete assortment of Polly Pocket includes a water park, fun school, epic ski lodge, ballerina play set, under the sea grotto and dating life set. The teal and yellow toy set continues to bring lots of excitement to little girls since it covers an array of lifestyle aspects. A complete packet of Polly Pocket can fetch up to $600 on the lower side.

If you have fond memories, nothing was unassumingly creepier than the Furby toy of the yester years. An original 1998 Furby is still valuable today, but you have to pay a fortune to get one. The popular toy offered about one hour of entertainment before the batteries die out. Furby had a high level of annoyance because of the repetitive noise. Its true colors came to light via its tacit demonic voice. The toy appeared in many versions, including the Limited Edition Furby and the Kids Cuisine Furby toy.

Released in the 90’s, Super Mario Bros is available today on the Nintendo Wii. The original version first played on the Nintendo Entertainment System. Mario, the mustachio plumber mascot is the main character. During play, Mario rolls all over the place, crushing innocent turtles and harassing apes just to earn a token in the form of a cake and kiss from the girlfriend. The game is still available today under several titles.

Yu-Gi-Oh Trading game is a battle game and a popular Japanese collectible developed and published by Konami. The game is based on the concept of the Duel Monsters adapted from the original Manga series. One of the popular and most regarded editions of this game is the original Legend of the Blue Eyes White Dragon booster boxes. To play, a player uses several spells, traps and monsters to get back at the opponent. Over the years, the game has undergone a series of makeover, thanks to the introduction of new monsters. The first series was unveiled in 1999 and remains popular to this date.

Lego Set is undoubtedly one of the most sought and prized collection of vintage toys in the market today. If you are lucky to find one, a sealed vintage King’s Mountain Fortress Lego Set can set you back about $500. The other popular Lego Set themes that graced the 90’s include Royal Knight’s Castle, Black Night’s Castle, Fort Legoredo, Wolfpack Tower and Imperial Flagship. A complete set comes with an indispensable instruction manual.

Transformers action figures were a big hit in the mid 90’s and continue to be so today, and this is largely due to the release of the motion picture. The action heroes that quickly come into mind include; Optimus Prime, Bumblebee, Ultra Magnus and Megatron. The toy set was first produced by a Japanese company called Takara and Hasbro from the US. The more enduring Transformers storylines according to public accounts include; the Beast Wars and Beast Machines, Robots in Disguise and Transformers Energon.

NERF Guns was a very popular toy for boys when they first hit the market. What’s more amazing about Nerf Guns was the ingenious foam bullets. The bright orange and blue colored toy was sure to transform the home or compound into a friendly fire, war zone pitting family members and friend against each other.

RC vintage cars have been a big hit since their release in the early 90’s. The popular versions in the first decade of their release included the Tamiya RC Ferrari and Kyosho 4 Runner. RC Cars have come a long way; there are several upgrades today that are powered by gas, nitro and electricity.

The never ending fun provided by the crime busting Teenage Mutant Ninja Turtles cast of 4 anthropomorphic reptiles namely; Donatello, Leonardo, Michelangelo and Raphael have endeared them to many people, both young and old. The cast also includes Splinter, the rat leader and April O’Neil, a female associate and link to the human world. An original set of TMNT figurines is worth a lot of money today. The first animated TMNT series appeared on NES video game in the 90’s.

This push toy from Tyco Toys was created from the character Muppet on the popular TV series, Sesame Street. The toy gleefully chuckles and vibrates when squeezed in the tummy. Tickle Me Elmo first hit the market in 1996 and soon became a fad. Its global popularity has seen it parodied in various television series, including MADtv and South Park. One limited version of Tickle Me Elmo is said to have sold for as much as $1500.

The 5 Girls Dolls have long been one of the most prized Christmas gifts for little girls, in spite of its steep price. Back in the days, it wasn’t profound for parent’s to restrict the number of dolls a child was allowed to pull out of the bag. The dolls lend their popularity to the rise of the sensational Spice Girls and girl power crusade that permeated much of the 90’s. A complete set of Spice Girls Dolls also features a music cassette and a series of movies with the same theme.

Drones, specifically ones designed for kids are a late invention to hit the market, even though some form of flying toy crafts has existed, and parents know how out of reach these were during those days. The cluster includes mini drones and quadcopters of all shapes and size. The most important kids’ drone specs include; type of controller, recommended age, flight times, drone camera and fight range. Majority of drones for kid’s retail at between $50 to $1000, and as the price increases, the functionality does the same, making some of these drones irresistible to adults as well.

Besides the aforementioned set of toys, the other must have toys of the past years include; Star War figurines, Easy Bake Oven and the cast of Doc McStuffin dolls. These vintage toys are still in great demand from collectors and kid’s growing up today. Since toys were and are still the staple of childhood, a child simply needs to develop an imagination by crafting a plot or scenario that follows a particular pattern to get the play going.