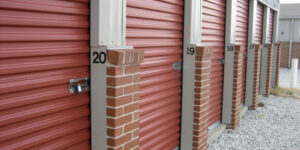 What most people don’t realize is how much more the term truly represents, how much more goes in to calculating cost of living across different locations, and just how closely intertwined the costs of local businesses and industries truly are to one another. They also probably don’t know that there has been an organization consistently charting cost of living in the United States for decades.

The Cost of Living Index compiled by the Council for Community and Economic Research (C2ER) has been published since 1968, and is currently released four times a year. The methodology collects data on the local costs of over 60 goods and services in cities across the country. These items fall across six overarching categories: housing, health care, transportation, utilities, grocery items and miscellaneous goods and services. Saying that C2ER takes more than rent and groceries into account would be an understatement.

It is unsurprising that housing and food are the headliners whenever a new version of the index is released, as headlines about excessive rent prices in New York or overpriced hamburgers are more apt to grab the attention of the average reader. Knowing that, however, it is important to understand that places with a high cost of living typically have higher costs for just about everything associated with everyday life.

Take Seattle, for example. The most recently released Cost of Living Index from C2ER-covering the third quarter of 2017-pegged the Pacific Northwest city as the sixth-most expensive city to live in based on their six major categories, and housing costs were among the areas where Seattle performed the best compared to the other cities profiled. While housing is still more than double the national average in the Emerald City, it is in areas like dry cleaning costs and hamburger prices where wallets are really taking the hit in Washington state’s biggest city. When the average haircut will set someone back $31, it isn’t hard to see how the everyday necessities are driving up the cost of living in Seattle.

Taken together, it is 52.8% more expensive to live in Seattle than the national average, making it one of seven cities where the total cost of living is 50% or more higher than that national average. While most people would assume San Francisco and their skyrocketing rents and upscale stores catering to the Silicon Valley set would top such a list, but they are actually second, well behind Manhattan and it’s whopping 142.9% increase over the average. San Francisco comes in second at 91.8%, followed by Honolulu (88.4%), Brooklyn (81%), Washington, D.C. (57.4), Seattle, and Orange County, California (50%).

For citizens of those cities paying a little more for everyday goods and services is a fact of life, though they may not even realize how much more they are ponying up on a day-to-day basis. Even services that can help reduce major costs are subject to these regional price fluctuations. Things like self-storage containers can allow homeowners and renters to procure smaller, more affordable housing by giving them a dedicated place to put their stuff, but in many of the cities with higher costs of living it is also more expensive to rent such units.

While no one likes paying more for what they need to live, at least the cities where it is the most expensive are also home to some of the most profitable industries and companies in the nation, which raises a bit of a chicken or the egg question when it comes to their costs of living. Whether it be tech giants in the Silicon Valley or Seattle, politicians in Washington, or Wall Street types in New York, significant swathes of the population in these cities are much better off than the average American to begin with, allowing them to more ably deal with the surprisingly omnipresent ways they are affected by their cost of living every single day.