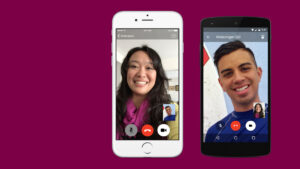 Social media giant Facebook has launched their Group Calling feature on Messenger. Users can add 50 participants simultaneously over the Internet.

Messenger’s latest feature is set to be rolled out globally over the next 24 hours on Android and iOS devices for free and users can start a group Voice over IP (VoIP) audio call from any group chat, TechCrunch.com reported.

Voice over IP (VoIP) is a methodology and group of technologies for the delivery of voice communications and multimedia sessions over Internet Protocol (IP) networks such as the internet.

“There are situations where typing is not enough and when people prefer talking to one another,” a Messenger spokesperson was quoted as saying.

To start a group call, a user needs to just tap the Phone icon, select which of the group chat members he or she wants to include and call. All the selected members will receive a Messenger call simultaneously.

If one misses the initial call but the call is still in progress, the users can tap the Phone icon in the group chat to join the call.

The user can also see who all are joined in the call and can add participants to the group conversation.

Soon You Can Earn Money From Your Facebook Posts: Report

Stuntman Rides a Bike on a 2 Foot Wide Bridge Railing