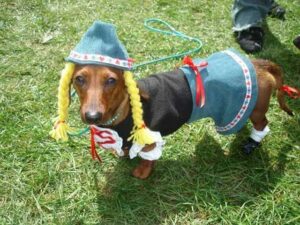 Facebook’s real name policy allows the social media giant to unilaterally change a user’s account name, request photographic identification to confirm the user’s “real name” and suspend accounts until it is satisfied such information has been provided.

The Hamburg Data Protection Authority doesn’t think so. They believe the policy infringes on German Facebook user’s freedom of expression.

Facebook’s real name policy has stirred up some controversy over the past year or so primarily from transgender, show biz and Native American groups who have had their stage- and/or real names changed or rejected.

Even though Facebook officially apologized to transgender users last year they haven’t done much to change things. Facebook continues to defended their policy saying on their site that:

Facebook is a community where people use their authentic identities. We require people to provide the name they use in real life; that way, you always know who you’re connecting with. This helps keep our community safe.

That policy also protects people from trolls, spammers, cyber-bullies and even terrorists.

And I don’t think it would be all that difficult for Facebook to allow people to use whatever names they wanton their personal pages – once they have signed up for an account using their real, legal name.

Personally I think Facebook already collects more information about its users than they probably should, but there should be a way for Facebook to find out who a particular user is if they start behaving badly, and that would include anything from cyber-bullying to promoting terrorism.