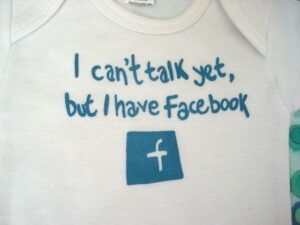 Facebook has been ordered to disclose any available records on the number of underage account holders it has in Northern Ireland by a High Court in Belfast.

It ruled that any existing records should be supplied for a lawsuit involving a vulnerable girl who contacted men and posted sexual photos via the social network.

The girl’s father is suing Facebook for negligence, claiming that its open registration system meant it was too easy to set up a profile and become a target for paedophiles. According to its own policy, no-one under 13 should set up an account.

From the age of 11, the girl created four different accounts to upload sexually suggestive photos, the court heard. It is also alleged that she received extreme sexual content via text message as a result of her personal details appearing on the site.

However, her accounts were deleted as soon as Facebook received reports of the issue.

As part of the legal action, the judge ordered that more details should be revealed about the number of underage users.

According to the BBC, he held that specific discovery should be made on any documentation containing notes and records that company holds on use of its network by children under 13 in Northern Ireland or the UK as a whole, between 2011 and 2014.

“If the defendants do have them, they should be discovered,” the judge said.

The court also heard that the firm does not retain data on reports of underage users for more than six months.

Despite a counter claim that Facebook’s chief privacy advisor had admitted in 2011 that 20,000 people a day are removed from the site for being underage, the judge accepted Facebook’s claim that it does not hold information for more than six months.

He added, “If it should emerge that the defendant’s assertions are unsustainable, then at the very least the case may be adjourned in order to compel appropriate replies to the interrogatories with attendant cost consequences.”

Google to Android: call me, I can’t find you

Partially sighted people may be able to buy smartglasses by 2016