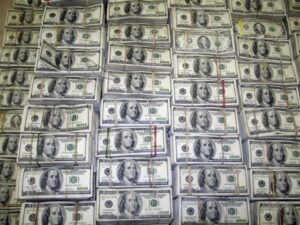 Two new social networks are aiming to give the likes of Facebook and Twitter a run for their money, by paying their users.

Bonzo Me, which went live earlier this month, and Bubblews, a site that officially launched last week, following an extensive period of beta testing, want to transform the social networking landscape.

The former says that it pays its users up to 80 per cent of the advertising revenue generated by “popular” posts. While it currently only has a few thousand users, it has already shelled out $30,000 to people on its platform, according to News.com.au.

“I just feel like everyone on social networks has been taken advantage of for long enough,” said Michael Nusbaum, the New Jersey surgeon behind Bonzo Me. “Facebook has been making a ton of money, and the people providing the content aren’t getting anything.”

Bubblews’ payment process takes into account the number of times updates are clicked and generate more online activity. The site also rewards users who publish lengthier posts – at least 400 characters – rather than the idle chit-chat that irritates so many current Facebook and Twitter users.

Unless an update goes viral, Bubblews users will likely only generate around a penny per view or comment. Since the company rewards its users in $50 batches, it could take a while to receive that first precious pay packet.

“No one should come to our site in anticipation of being able to quit their day job,” Bubblews chief executive Arvind Dixit warned. “But we are trying to be fair with our users. Social networks don’t have to be places where you feel like you’re being exploited.”

Social media is an area that is constantly fluctuating. MySpace and Bebo dominated the web a few years ago, but Facebook and Twitter have since risen up and crushed them.

Zuckerberg’s baby this week revealed overwhelmingly positive second quarter earnings. “This is a good quarter for us,” proclaimed Mark himself.