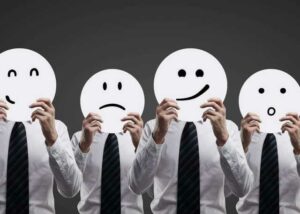 It turns out that back in 2012 Facebook researchers tried a little experiment on 600,000 users. They sent some users mostly positive stories on the News Feed and other users got mostly negative stories. They then monitored the posts of those people and found that they contained more negative words if they received the negative News Feed and more positive if they received positive items.

Some people found this news a bit unsettling. Not at the results of the study, which seem rather obvious, but at the fact that Facebook conducted the research on people without their knowledge.

Of course others have pointed out that Facebook’s terms of use state that users agree that their information may be used ‘for internal operations, including troubleshooting, data analysis, testing, research and service improvement.’

Still others have pointed out that Facebook itself (and every other social media site) is one big research project – although the main goal of the research is figuring out how Facebook can make more money.

It has long been known that people who watch a lot of news television tend to have an unrealistically paranoid view of the world. They believe the odds of becoming a victim of violent crime are much higher than they really are. This is probably a result of the fact that the people who produce the news also manipulate what stories are presented and which ones aren’t. They don’t do this for any nefarious purposes. They simply pick the stories they think will draw people’s attention and keep it. And those tend to be stories involving violence.

Every newspaper, television news program and even websites like this one pick the stories they feel will attract the most attention and tend to skip over the mundane or less sensational stories. Facebook was being no different.

Although in this case I wouldn’t be surprised to find that the researchers at Facebook really wanted to know if people given negative news stayed on Facebook longer or clicked on more ads than people given positive stories. Who cares if they used more negative or positive words in subsequent posts as long as they contributed a few more dollars to Facebook’s bottom line.