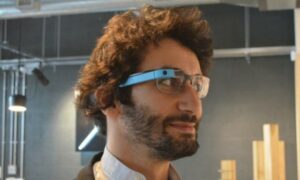 Google Glass is now on sale in the UK, although you’ll need a fairly fat wallet to be able to cope with the asking price: GBP1,000.

As you’re doubtless aware, Glass has been on sale for a long time over in the US. Google started its Explorer Program, which lets people beta test the evolving piece of hardware, well over a year ago in the States.

But now, Brits will be able to join in the Glass open beta – yes, it’s still officially a beta product – and you can order your device right now for the aforementioned grand. In actual fact, given the usual premium when it comes to translating asking prices across the Atlantic, this has come in slightly cheaper than we were expecting. Glass is $1,500 in the States, and usually the price in GBP is far closer to the dollar amount than two-thirds of it. Although there’s no arguing that it’s still a darn pricey piece of hardware.

Apparently Google’s specs are now in stock (at least at the time of writing), and will be dispatched in one to two days if you order now, so you could have yours by Wednesday conceivably. Five colours are available: White, black, red (well, tangerine, but it looks more red than orange to us), blue and grey. (Actually the red colour doesn’t say it’s in stock, but does say it will be dispatched from the warehouse tomorrow, so presumably Google has them kicking about).

So, there you have it. Come the middle of the week, you’ll start to see folks wondering about the streets with their Borg specs on, and we’ll hear the first stories of people getting chucked out of cinemas for wearing them in the UK. As to what they’ll make of them in, say, a backstreet pub in Salford… “life” and “hands” are the words that immediately spring to mind (and possibly a tabloid news story about the world’s first ever Google Glass colonoscopy).

If you’re thinking of splashing GBP1,000 on Google Glass, let us know in the comments.

HTC Butterfly 2 is heading to Taiwan