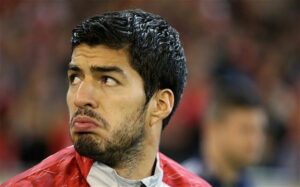 The Anonymous hacker collective is making good on its promise to launch cyberattacks to disrupt the 2014 FIFA World Cup, which started last night in Brazil, with a number of hacks hitting websites across the country.

Anonymous made the promise this week to take down a number of major World Cup 2014 sponsors in the coming weeks.

According to a hacker who claims to have knowledge of the group’s intentions, Adidas, Budweiser, the Coca-Cola Company and Emirates Airline are all in the group’s firing line, although so far it’s only Brazilian websites that have felt the brunt of their cyber aggression.

The campaign, #OpHackingCup, officially began on Wednesday at midnight, with multiple websites defaced and one government website temporarily downed.

In addition, the group has hit the Brazilian Intelligence System, Hyundai Brazil, Brazilian Football Confederation, Brazil Department of Justice, Sao Paulo Military Police, Bank of Brazil, and the Africa.com.br website with distributed denial of service (DDoS) attacks. More attacks are promised throughout the World Cup over the next few weeks, with companies trying to defend against the onslaught of cyberattacks.

“We have already conducted late-night tests to see which of the sites are more vulnerable,” a hacker known as “Che Commodore” told Reuters earlier this week. “We have a plan of attack. This time we are targeting the sponsors of the World Cup.”

Anonymous is thought to be unhappy with the sheer amount of money that has been spent on the football tournament, in a view which reflects that of the numerous Brazilian locals who have taken to the streets over recent months to protest their cause.

In a country with such poor general infrastructure and public services, the lavish spending and accusations of corruption surrounding the 2014 FIFA World Cup have led to civil unrest and widespread dissatisfaction with the government.

Last week, Anonymous broke into the systems of Brazil’s Foreign Ministry and leaked a number of confidential emails. According to Che Commodore, an individual called AnonManifest carried this out via a phishing attack.

Loophole in PayPal is a "license to print money" for hackers