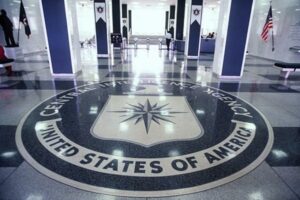 The Central Intelligence Agency over in the US has opened up accounts on both Facebook and Twitter.

And somebody in the Media Relations department came up with a pretty damn good first tweet. It simply read: “We can neither confirm nor deny that this is our first tweet.”

The message has been retweeted some 276,000 times at the time of writing, and the CIA Twitter account has accrued 579,000 followers over the weekend.

Aww… what about the classified stuff, eh? Go on – just a little bit of it.

The CIA already has official Flickr and YouTube accounts, but obviously it was missing some pretty big pieces of the social puzzle without a Facebook and Twitter presence. Indeed, probably the main question we’ve got is – what took them so long?

As well as news from the CIA, posts featuring content drawn from the CIA’s Museum – the “best museum most people never get to see” – are also promised.

CIA Director John Brennan commented: “By expanding to these platforms, CIA will be able to more directly engage with the public and provide information on CIA’s mission, history, and other developments. We have important insights to share, and we want to make sure that unclassified information about the Agency is more accessible to the American public that we serve, consistent with our national security mission.”

In other social media and US intelligence news, the US Secret Service is set to implement a social media analysis system including a sarcasm detector.

Box wants to upgrade the IT model for the user

Peek-I turns your smartphone camera into a spy device