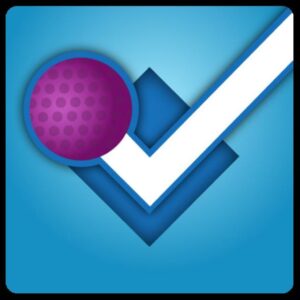 It could be a genius move or a “pivot” wrapped up in a turnaround, but Foursquare is splitting its app into 2, taking its original viral features and putting them into something called Swarm.

Foursquare got big because it was a sort of mobile social game of tag. You checked in to physical locations, hooked up with friends, and there were all kinds of gamification rewards for being active on the app.

Now, the company is moving those very same features into a new app called Swarm and making Foursquare a very direct competitor to Yelp and, to some extent, Google for local search.

We spend a lot of time talking to people about Foursquare, and we constantly hear they use Foursquare for two things – to keep up and meet up with their friends, and to discover great places. Every month, tens of millions of people open up the app to do each.

But, as it turns out, each time you open the app, you almost always do just one of those things. At home, you may be searching for a place for dinner. After dinner, you are probably looking to see what friends nearby are up to. That’s why today, we’re announcing that we’re unbundling these two experiences into two separate apps – Foursquare, and a new app called Swarm.

We built Swarm because you’ve told us how often you still have to text your friends: “where are you?” and “what are you up to later?” We wanted to build a quick way for you to know these two things for all of your friends. With Swarm, you can easily see which of your friends are out nearby, figure out who is up for grabbing a drink later, and share what you’re up to (faster and more easily than you can in Foursquare today). Swarm will be available on iOS and Android in the coming weeks, and soon after on Windows Phone, but you can read a ton more about it (including screenshots and some videos) on The Verge right now. If you sign up at swarmapp.com, we’ll email you when it’s ready.

In the near future, the Foursquare app is also going to go through a metamorphosis. Local search today is like the digital version of browsing through the Yellow Pages (remember those?). We believe local search should be personalized to your tastes and informed by the people you trust. The opinions of actual experts should matter, not just strangers. An app should be able answer questions like ‘give me a great date dinner spot’ and not just ‘tell me the nearest gas station.’ We’re right now putting the final touches on this new, discovery-focused version of Foursquare. It’ll be polished and ready for you later this summer.

Our company has always been about helping you keep up and meet up with their friends, and discover great places. Our two new, unbundled apps are designed to do that for everyone. Swarm is for people who want the fastest and easiest way to connect with their friends. Foursquare is for explorers who want to know about the best spots, and to share what they’ve found with others. The two apps have been built to work seamlessly together… and we can’t wait until both apps are in your hands.

It’s a ballsy move. We can’t think of any other time when something like this has happened with such a major, highly visible app. And, Foursquare may be right about local search. It’s something of a Holy Grail for search.

Don’t get us started on everything that is wrong with Yelp either. Small businesses who often fall or rise based on Yelp’s rankings deserve alternatives. Foursquare has the brand to compete in that regard and let’s hope they can find ways to offer local companies a better way to reach local audiences.

The jury is out on the notion that you can crowd source things like finding a great spot locally to get sushi. Often the most popular spot, which tends to rise to the top of rankings, is not “the best” spot. And, often, the greatest joys of finding a spot locally is the surprise of discovery meaning you don’t want to go where everyone else goes.

But, it is all good for local businesses because they need people looking out for them and more ways to reach local audiences. In that sense, Foursquare’s strategic shift is very welcomed.