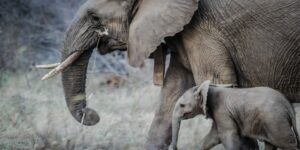 Saving endangered animals is a costly decision. That is a controversial truth that almost all fashion brands, makeup labels, medicine companies, and lifestyle brands know too well. Protecting the environment requires considerable economic sacrifice form these brands that contribute to the threat in the first place. Therefore, it is necessary to explore the importance of these rare species before one can go into further details.

Have you heard about the mountain gorillas in central Africa? Back in 1981, there were only 254 of them left in nature. The civil war and the extensive poaching in the surrounding areas threatened them with extinction. Things are looking up today. With over 880 mountain gorillas in the wild, the Rwandan mountain gorillas are a part of the conservation success story. Pandas, cheetahs, snow leopards, orangutans, and tigers have been part of several such stories in the last few years. Extinction of species is a natural process. That is how the ecological balance stays in place. Species that cannot adapt to changing climatic conditions and habitats go extinct and free up resources for the new ones to take their place. It is an ongoing process. Up until recently, people did not even notice the extinction of species on a regular basis.

Why is the current rate of species loss not natural?

There are over 8.7 million species of flora, fauna, and microorganisms on the earth. We have managed to classify and explore only about 1.9 million. Scientists are yet to examine over 80% of the earth’s biodiversity. Now that you get a picture of the enormity, you might find it easier to understand why the regular rate of extinction had not created a hue and cry among the human researchers before a couple of decades. The current rate of extinction is drastic. Species are going extinct between 1000 to 10,000 times the basal rate. We are losing dozens of plants, animals, birds, insects, reptiles, fish and amphibians from our environment every day. This change is drastic. Human activities, in combination with climate change, is responsible for the increasing threat to animals.

Why should we save rare animals?

Rare animals do not have the security in numbers. They are already in trouble due to their niche habitats, and unique food requirements. However, just because these animals are few does not mean they are unimportant. Some of them, like pygmy three-toed sloths, are critical for the survival of several other species. They live in red mangrove forests, and their movements are limited. They are slow, and they face threats from tourists, farmers, fishermen, and divers. They might seem small, unimportant and somewhat devoid of personal hygiene, but they are critical for the survival of several other species of flora and fauna. They live symbiotically with unique green algae on their fur that provides them with necessary camouflage. They have a mobile ecosystem on their back. Their coat also acts as the breeding ground and home for moths. The moths fertilize their fur for the algae. Both contribute to their mobile ecosystem that serves as a rich source of nutrient for the sloths as well.

Therefore, if the three-toed sloth goes extinct, it threatens the existence of the other species that depend on it. Recent research shows that the microbe samples from the sloth’s fur can be the source of natural bactericidal compounds. These antibiotics can fight against Plasmodium infections, Chagas disease, cholera, salmonella, and MRSA. It is a small instance that shows how each species contributes to the well-being and existence of others. Extinction of one species can disrupt our ecological balance.

How do some creatures affect our lives directly?

You may still wonder what it has to do with you, since you may have never even come face to face with a sloth in the zoo. Sometimes, the effect of your actions can be difficult to estimate. So, let us consider something closer to home – bees. You must have seen one today itself. While some of us find them beautiful, others are afraid of their painful sting. Either way, we take them as a part of every garden, park, and orchard in the spring and summer. We don’t think twice to use bug spray on them when they get into our living rooms or bedrooms by sheer misfortune. These bees are busy pollinators. They are responsible for the fertilization of millions of flowers each year.

Eliminating bees from our ecosystem would mean saying goodbye to about 70% of our food crops. Ever since the bee population started declining since 2006, people have been worried about the world economic crisis and food crisis. It would ultimately lead to a widespread financial crisis. Pesticides, herbicides, diseases, and parasites have been taking a toll on their health tremendously. Some of them, including the rusty-patched bumblebee, became a part of the endangered list in 2017. Colony collapse disorder became a mystery epidemic among them. It prompted several Hollywood celebrities, authors, researches and thought leaders to adopt beekeeping and sponsor conservation projects. Extinction of bees would also mean a severe threat to the existence of herbivores. It will exacerbate deforestation and drought problems.

How does the loss of one species wreak havoc on the environment?

The extinction of a small insect can have such profound impact on human life, can you imagine the havoc the loss of a few keystone species of animals can cause. African elephants, Sea otters, and honey possums are all keystone species that define the entire ecosystem. The three animals above are part of the IUCN endangered, near threatened and threatened lists respectively. The extinction of a keystone species can lead to the collapse of an entire ecosystem. That is what happened after the grey wolves vanished from the Yellowstone National Park. They were the apex predators that controlled the populations of elk. Once the wolves disappeared, the elk population skyrocketed and created trouble for other species including the beavers, songbirds, and fish. Overgrazing by the Elks led to the collapse of soil integrity. As a result, the US Government started reintroducing grey wolves in the Greater Yellowstone ecosystem in the early 1990s.

Each species has a distinct role in nature. The relationship between these species is incredibly intricate. Since human beings have not yet discovered and classified all creatures, it is safe to say that we don’t yet understand how the loss of one animal species can impact us in the future. Coming back to the point of cost – the ecosystem provides businesses worth $33 trillion per year. The loss of species can cause over 18% of the world economy in another 30 years.

Why Everyone Hates People Who Text & Drive…While Texting & Driving