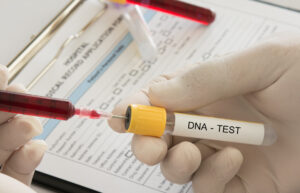 Home DNA testing kits have become huge business since their inception at the turn of the millennium, and it’s expected that 100 million tests will be taken in the next two years. These kits are helping customers learn about their ancestry, find out what health conditions they may be susceptible to, and even discover what makes their dogs tick.

But as home DNA tests drastically vary in price, you’d be forgiven for wondering whether you’re getting value for money, or if a cheaper test will provide the information you’re looking for. Here, we’ll go through three things you need to know before picking up a DNA test to do at home.

• There are plenty of DNA testing providers to choose from

The most well-known DNA testing kit comes from 23andme, who have a database of well over 5 million customers. However, the highest profile doesn’t guarantee the best service. Sites like DNA Testing Choice offer comprehensive breakdowns of the different options offered by each provider and can be a huge help when navigating such a competitive landscape.

Not only do sites such as DNA Testing Choice solicit user reviews and price comparisons, but they can also help consumers find the right tests to suit their budget and needs. Most of these companies use the same methods to gain your DNA in the first place—whether through spit or a swab. Consequently, since the accuracy of any company’s analysis hinges on the size of their database, what you’re really paying for is the sheer number of samples they have to compare with yours.

Make sure you order a kit from a company actually offering what you’re looking for. This may sound obvious, but if you want to know if your genes make you more predisposed to different diseases, then be sure to choose a provider specializing in health rather than ancestry. If you are looking to test for genes relating to a specific part of the world, it will also be worth finding a company who specifically test for this region.

For those who want to learn more about their background and relatives, using a company with a bigger catalogue of user DNA will up the potential to find family members you may not know about. However, as Scientific American notes, “Almost every [direct to consumer] genetic test does not sequence your entire genome, but instead looks at positions in your DNA that are known to be of interest.” Consequently, even with the biggest database in the world, accuracy is still (ahem) relative.

As a sector gathering masses of public data, there is increasing concern over how testing providers use our DNA, and just how much privacy consumers can maintain. There has been controversy about a deal made last year between 23andme and pharma giant GlaxoSmithKline. The agreement allows the company to take all consenting users’ DNA data for their own purposes—such as drug targeting. The biggest furor was over the fact that, despite four fifths of 23andme agreeing to let their DNA be used by third parties, many did not actually realize they had agreed to this, not having read the terms and conditions before sending away their samples.

In recent months, companies have begun providing opt-out clauses in their terms of use policies for data to be shared with law enforcement and federal agencies. However, there are obvious benefits this data being used by police forces, as borne out when DNA kept in the database of one testing site helped identify an individual who may have committed dozens of serial murders in the seventies and eighties.

So, if you feel particularly strongly about other people analyzing your DNA for purposes outside of the ones for which you took a test in the first place, consider a different company altogether.