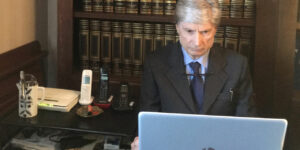 LENR is an acronym for Low Energy Nuclear Reactions. The acronym refers to the scientific phenomenon where an amount of heat can be anomalously produced through the reaction of certain metals when they absorb deuterium or hydrogen, with heat being produced at a relatively low temperature once an electrical current, heat or other external stimulus is applied.

LENR was widely dismissed by the global scientific community when laboratory results proved difficult if not impossible to reproduce. Previously there had been much interest in the scientific community and in the media, when scientists claimed to have produced this type of nuclear reaction. Interest waned when the results proved unverifiable. However, a rekindling of interest in LENR has recently occurred, due to the work of Andrea Rossi.

Italian entrepreneur and inventor Andrea Rossi made headlines in 2011 when he, along with Sergio Focardi, demonstrated their Energy Catalyser device, or the E-Cat. The E-Cat has garnered much attention as it has been both demonstrated publicly and tested by several third parties, showing that the device can produce heat to a useful level through a low temperature reaction.

The E-Cat SK is currently available for industrial applications, as broadcast on the 31st of January 2019. The accompanying press release states that the E-Cat SK produces kilowatts of energy, yet the device uses only small amounts of fuels such as lithium, nickel and hydrogen that are abundant and relatively inexpensive.

The reaction that takes place within the E-Cat is named the Rossi Effect after Andrea Rossi. It is unique in that it is the first LENR process to use lithium and hydrogen. The original LENR experiments took place using palladium and deuterium, and further experiments have been performed with nickel and hydrogen. Andrea Rossi answers scientific questions from the community via his blog.

Plans to commercialize the E-Cat are underway, with patents held by the Leonardo Corporation. The E-Cat is a table-top device that can generate large amounts of energy at or close to room temperature through low energy nuclear reactions. Production can be sustained for a period of months at a time with this revolutionary technology. The implications of LENR for the energy industry and for the environment are significant, as it has the potential to render fossil fuels obsolete.

What do SEO Experts do?