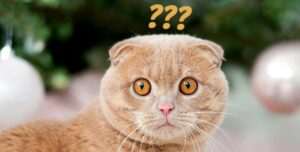 The news that the sabre-tooth cat became extinct despite the fact that it was ‘well-fed’ deepens the mystery of why they disappeared from America 12,000 years ago.

The sabre-tooth cat and American lions were the top predators hunting prey such as bison in the plains of California during the Pleistocene. Their disappearance, along with other large animals around 12,000 years ago is a mystery that continues to puzzle scientists, particularly now that it appears that they had a diet that gave them plenty to eat. They could have even turned to other food sources, like their domestic ascendants sometimes do.

A team of scientists led by Larisa DeSantis a palaeontologist at Vanderbilt University, analysed the teeth of the sabre-tooth cats and American mountain lions. They found that the big cats generally had plenty to eat and likely consumed animal carcasses on a regular basis, even around the time they became extinct.

They looked at the teeth from cats that lived over a range of time, from 30,000 years ago right up to the most recent samples from around 12,000 years ago. Their finding of ‘no difference’ in the diet of the sabre-tooth cats over the ages challenges the theory that lack of food was the cause of their extinction.

“Tooth wear patterns suggest that these cats were not desperately consuming entire carcasses, as was expected, and instead seemed to be living the ‘good life’ during the late Pleistocene, at least up until the very end,” says DeSantis.

There are currently many theories about why large animals disappeared from America around this time. While some suggest the changing climate, many studies suggest human activities were the reason, such as such as hunting and competition with humans and other animals for food. This study appears to, for now at least, put paid to the idea that big cats starved to death.

The study also revealed some of the differences between the diet of the sabre-tooth cat and the American lion. Analysis of the American lion teeth suggests that they didn’t consume very much bone, making them similar to today’s cheetahs which actively avoid the bone in carcasses. The findings from the study are published in the open-access journal PLOS ONE.