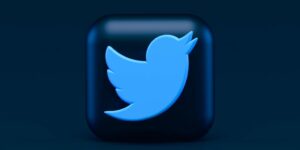 If your intent is to kill the company you are buying, much like Oracle did when it did a hostile takeover of PeopleSoft, they are an expensive but effective way to end a company. In theory, they can also be used to gain access to intellectual property, much like Apple and Broadcom’s failed attempt to buy Qualcomm was meant to do. But that effort failed.

But doing a hostile takeover to actually run the company you want to take over is a failing effort for several reasons. First, employees aren’t slaves. They can leave and often will even if given retention bonuses. Second, customers often used the company’s services to avoid the acquiring company, and they aren’t slaves, either. Finally, most mergers fail to reach their objectives because they don’t use Dell’s merger process. Dell’s process was successful because it focused on protecting the acquired company’s value.

Let’s talk about why Musk’s effort to acquire Twitter is doomed to fail, initially or eventually.

A hostile takeover is a form of merger, and most mergers fail. I used to run an acquisition clean-up team years ago, have been involved in two mergers (one hostile) that failed, and I’ve covered mergers and acquisitions for decades. There are three reasons that mergers fail: the acquiring company focuses on the wrong things, both companies have huge misunderstandings about how they each function, and the acquired company bleeds assets, human, financial, and sales during the acquisition process.

Dell’s process showcases what you need to focus on first, which is to identify the assets, human and otherwise, that created the value in the first place and preserve them above everything else. But most acquiring companies focus instead on trying to make the acquired company look like the acquiring company. They mess with compensation and benefits and make huge changes to operational management. These initial changes result in critical employees being terminated, laid off, or just escaping the entire mess to go to work someplace that is more stable.

Dell’s process forces a deep collaborative understanding between the entities as soon as possible so that critical decisions are informed. If you don’t know how things are successfully done in a company, messing with them until you do will tend to break the acquired firm critically, and since you don’t understand and can’t see what was broken, you can’t fix it.

Finally, the acquisition process can take a long time to get the existing stakeholders of both companies in agreement, go through the due diligence process and get the needed government approvals. During this time, if the two companies stay at arm’s length, which is generally advised but that Dell successfully skips over, the employees in both companies will see their jobs at risk. And when people see their jobs at risk, they will not be focused on doing those jobs, which adversely impacts productivity, customer care, and creates a growing drag on operational efficiency. The Oracle Sun acquisition was a perfect example of this latter outcome. By the time Oracle finished the process, Sun was no longer viable as a company and was worth a small fraction of what Oracle paid for it.

Larry Ellison is rumored to have taken dates on walks in affluent communities. If the date liked a particular home, he would walk up, ring the doorbell and offer more than what the home was worth to buy it.  Most of the folks he approached refused outright because they loved where they lived and didn’t want to sell. I expect many also thought the whole thing was a scam. But at the core of a hostile takeover is the effort to get a board and executive management team to give up what they are doing in exchange for money. So, they fight, and during this fight they grow angrier and angrier at the acquiring company, making it nearly impossible to get cooperation once the merger is approved.

The people that know how to run the company depart, high profile critical human resources either look for new jobs or are aggressively headhunted out of the company, and few employees are focused on work during the fight. The effort alone can cripple the company operationally, and when it is done, the acquired company now owns a hostile and rebellious workforce. It takes the typical merger risk and jumps it up to almost certain failure unless the goal is to destroy the company which it tends to do regardless of whether that is the intent.

Musk has even gone farther in his attempt to acquire Twitter by saying he will violate U.S. labor laws and not pay Twitter’s board (you can’t legally do that, which is something an ex-CFO should know).  In the U.S., you can’t deny someone their earned salary arbitrarily because they opposed you while you were a threat to that company. And just making that threat means the Twitter board will now fight far harder than they otherwise might have to oppose Musk’s effort, as most anyone would when facing losing their earned income.

Hostile takeovers that don’t intend to destroy the acquired company are incredibly stupid because the only thing they are successively good at is destroying the acquired company. As a result, they are defended against aggressively. It isn’t about the money. The board is missioned to protect the company and its assets and is well within its authority to fight a hostile takeover. The board has several tools called “poison pills” they can use.  Twitter is using one that allows existing shareholders to buy additional shares at a huge discount to reduce the relative power of the shares Musk acquires, leaving him without enough shares to take control of the company.  Another is to accelerate option vesting which will both reduce the power of the acquiring entity and remove the biggest retention tool the company has. Finally, they can declare large bonuses to protect the employees if the merger goes through, depleting the firm’s operational reserves while supporting the existing employees while they look for new jobs.

If you’ve ever watched the first John Wick movie, the entire sequence of events resulted from him refusing to sell a car he loved and connected with his dead wife to a Russian Gangster’s kid who offered to pay him a huge premium for it and then they killed his dog. There are stories of people that refused to sell their homes because they didn’t want to move and people who want to preserve where they work and what they’ve worked to create and don’t want to be forced to sell and lose everything they’ve created.  This is the first time I’ve seen some rich guy try to buy the CEO job at a public company, particularly someone who is in hot water with the SEC. Regardless, using a hostile takeover as a mechanism to acquire Twitter won’t be successful in the end. Even if Musk acquires the company, the process that he is using will kill it. But then, maybe that is his unstated goal.