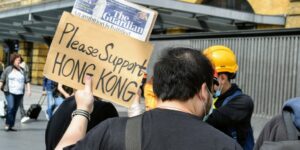 
Secretary of State Antony Blinken announced Thursday that the U.S. will offer Hong Kongers “safe haven” for 18 months from forced departure from the United States if they fear returning to the city.

He says the step is a response to China’s “sweeping National Security Law” which has “fundamentally altered the bedrock of Hong Kong’s institutions”.

In January the British gave holders of British National (Overseas) passports the option to resettle in the UK and apply for citizenship. A Home Office fact sheet reckons that there are 2.9 million BN(O) holders in the Hong Kong, with a further 2.3 million eligible dependents.

China reacts angrily to the announcement, which allows thousands to stay in the US for 18 months.

US action on Hong Kong angers China – The Eastern Herald