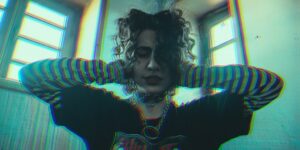 About 200 Americans have reported symptoms potentially linked to ‘Havana syndrome.’

The condition was first identified in 2016 among diplomats at the U.S. Embassy in Cuba.

The National Academies of Sciences said no similar conditions have been documented in medical literature.

The government is working to ensure all affected federal employees have access to specialized care at Military Health System Centers of Excellence, NBC News reports.

The Senate passed a bill in June that would authorize additional financial support for affected workers in need of medical care, according to the report.

It is also considering picking a prominent academic institution as a dedicated center to provide acute and chronic care for those affected workers, three people say.

Up to 200 Americans have reported possible “Havana Syndrome” symptoms

Almost half of those reporting symptoms are linked to the CIA, say officials, with possible cases in Berlin and Vienna and on every continent but Antarctica.

Mysterious brain injuries have plagued over 130 US spies and diplomats. Were they attacked with a microwave weapon?

The condition has become known as “Havana Syndrome.” A former CIA officer opened up about his symptoms and the moment he believes he was attacked.

A HIGHLY secretive Russian spy unit accused of masterminding the Salisbury Novichok poisonings is being blamed for a number of US officials falling ill in Austria.

What You Need to Know About Canadian Health Insurance