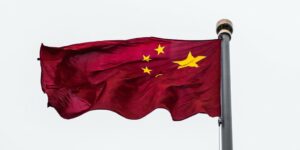 The move is in retaliation against Washington’s earlier sanctions on Chinese officials over Hong Kong crackdowns.

Others affected are the current or former heads of a range of US organisations, including the Congressional-Executive Commission on China, the National Democratic Institute for International Affairs, the International Republican Institute, Human Rights Watch, and the Washington-based Hong Kong Democracy Council.

It comes just less than 48 hours before US deputy secretary of state Wendy Sherman is due to arrive in China on Sunday.

The timing of the counter sanctions is indicative of the deteriorating US-China relations, experts say.

The latest round marks the first time China has done so using its new anti-foreign sanction law, which was passed in June.

China imposes sanctions on US officials

The sanctions are in response to recent US sanctions on Chinese officials in Hong Kong.

The blacklistings come in retaliation for the United States recently sanctioning Chinese officials in Hong Kong.

With just days left, the US president continues crackdown on Chinese firms with more sanctions and bans.

Liposuction: the Safe Alternative to Eliminating Stubborn Fat That Does Not Respond to Exercise and Diet