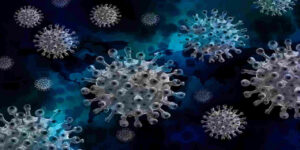 A new outbreak of COVID-19 has been linked to a primary school in Fujian province in China.

The infection may have been caused by a student’s father, who tested positive for the virus on September 10th, 38 days after returning from Singapore on August 4th.

Schools have been shut and public institutions such as theatres, museums, and libraries have been told to cease indoor activities.

The cases come ahead of a week-long National Day celebration on October 1, dubbed Golden Week, during which millions of people will travel around the country to celebrate the country’s National Day.

The current outbreak comes a month after China suppressed the largest outbreak since Wuhan in Nanjing. The outbreak is believed to be linked to the Delta variant that has been found in the city of Xiamen and Quanzhou, with 32 cases reported in the past week.

Cities of Putian and Xiamen began mass testing after Delta-linked outbreak surges to more than 100 people.

A man who completed 21 days of mandatory quarantine upon returning to China from overseas has been identified as the likely source of a new outbreak, raising questions over the sustainability of the country’s stringent zero-Covid strategy.

China Locks Down City of 4.5 Million as Delta Surges Again

China locked down a city of 4.5 million people in the southeastern province of Fujian after detecting a dozen coronavirus cases.

Chinese authorities are rushing to contain a widening Delta variant outbreak in the southern province of Fujian ahead of its upcoming major holiday season, when hundreds of millions of people are expected to travel across the country — creating a window for the highly infectious variant to spread far and wide.