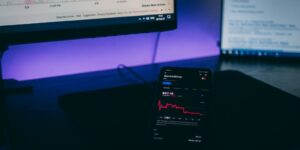 The hedge fund has now written to investors to warn that it will shut its main fund and return money back.

White Square, which was founded by Florian Kronawitter, a former trader at Paulson & Co, had managed up to $440 million in assets.

The term meme stock was coined after individual investors targeted companies on social media, which in some cases saw shares dramatically rise. This caused some hedge funds with short positions — where stock is sold first with the intention of it being bought back later in the hope a profit can be made from the price dropping — having to close their positions to prevent crippling losses.

But the fund is said to have recovered from much of the January losses, according to a newspaper report. The decision to shut the fund was said to be unrelated to the meme-stock rally but due to a review of its business model.

The fund is thought to be one of the first hedge funds to close its positions to stem its losses and has recovered from many of the sharp price movements.

Financial institutions lost billions when Reddit traders pumped money into stocks they had bet against.