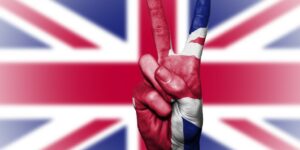 Shamima Begum was one of three east London schoolgirls who traveled to Syria in 2015. She said she married an IS member from the Netherlands and had three children, all of whom have died.

Begum has sought to return home, but the British government revoked her citizenship on national security grounds.

The 22-year-old says she regrets every decision she made since she stepped into Syria and will “live with it for the rest of my life.”

Begum said she was willing to face terrorism charges in Britain and would prove her innocence in court.

Health Secretary Sajid Javid said the decision was both legal and “morally right” and said she had been misled into thinking she was going to Syria to live in an “Islamic community.”

She said the only crime she committed was being “dumb enough to join ISIS.”

ISIS bride Shamima Begum apologized for joining the terror group and appealed to British Prime Minister Boris Johnson to allow her to return to the UK, in her first live TV interview.

Who is Shamima Begum, what did she do and where is the former IS bride now?

Shamima Begum, the London schoolgirl who fled to Syria in 2015, has caused an uproar in the UK over recent years

Piers Morgan brands Shamima Begum an ‘ISIS monster bride’ who should be left to rot. The former Good Morning Britain presenter has hit out at Shamima

A Biotech company aims to bring back extinct woolly mammoth