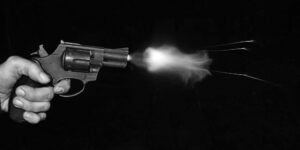 Flordelis dos Santos de Souza has been ousted from congress over her alleged role in her husband’s murder.

She was accused of masterminding her 42-year-old husband’s murder in August 2020.

Anderson do Carmo was shot dead in June 2019 as he was returning from church.

Ms De Souza raised more than 50 children together with her husband; at least 46 of them were adopted.

Five of her children and one granddaughter were arrested for their alleged involvement in the murder.

On Wednesday, she covered her face with her right hand and begged for mercy.

Her expulsion from congress means that she can now be arrested as she no longer has parliamentary immunity.

But the evangelical leader has maintained that she is innocent. She said: “I have committed no crime. He was more than just my husband, he was my friend.”

In one of her interviews earlier, she had claimed that her husband was a victim of a bungled robbery.

Flordelis dos Santos de Souza, a former Brazilian congresswoman accused of orchestrating the execution of her husband in June 2019, was arrested on Friday evening after being stripped of her parliamentary immunity.

Did Brazil’s evangelical superstar have her husband killed?

The long read: Flordelis grew up in a Rio favela, but rose to fame after adopting more than 50 children, becoming a hugely successful gospel singer and winning a seat in congress. And now she is on trial for murder

Police say the evangelical lawmaker is behind an alleged family murder plot in Rio de Janeiro.

Hacker behind Poly Network crypto heist did it ‘for fun’

Everything You Need to Know About Neck Pain