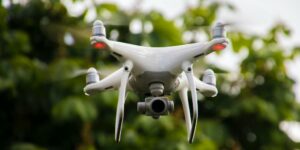 Scientists in the United Arab Emirates are working towards new methods of weather manipulation in an attempt to bring increased rainfall to the desert country.

The UAE invested a total of $15 million across nine projects hoping to increase rainfall. So far, it appears the efforts have been successful, with heavy rainfall seen across the country earlier this month.

The country receives an average of four inches of rain per year and summer temperatures that routinely surpass 120 degrees are a serious threat to drought.

In 2017, the UAE invested $10 million in rain-making technologies, including drone technology, which uses electricity to generate rain rather than chemicals, to boost the country’s water table.

The sinking water table, an essential source of fresh water, poses a serious risk to the nation’s dwindling water supply and is expected to be a major source of future water supply in the coming years.

Scientists are zapping clouds with electricity to make rain

Researchers from the University of Reading, in the UK, are using drones to give clouds an electrical charge, which could help increase rainfall in water-stressed regions.

How is man-made rain created?

Parrot’s new drones could save lives (and crops)

5 Factors to Consider Before Buying Your First Commercial Property