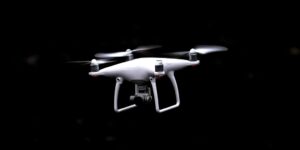 
The U.S. military confirms a drone attack in northern Iraq, near a base that houses American troops.

U.N. military spokesman for Operation Inherent Resolve said the drone attacked Erbil airport with explosives, according to a Reuters report.

The base is adjacent to Erbil’s civilian airport, which is home to American troops and the American Embassy in Baghdad, which was attacked by a drone in a separate attack on Monday, the military said Tuesday night.

No injuries, casualties or damage have been reported from the attack.

A drone attacked Erbil airport in northern Iraq with explosives on Tuesday, aimed at the U.S. base on the airport grounds, Kurdish security sources said.

“If the enemy does not admit its losses, we will tell him the number of Zionists who were killed in the Erbil operation tonight,” Iraq’s Saraya Awliya al-Dam militia said.

What to Do After an Accident at Work