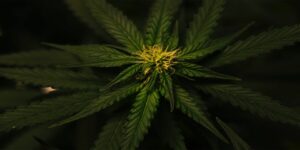 A recent study published in the Journal of Addiction Medicine looked at the way pregnant women perceive the risk and benefits of using cannabis. The study was published by researchers from Washington State University, and it’s the result of a survey conducted with 19 different pregnant women, all of whom used cannabis daily while pregnant.

All of the women were from a state that legalized the sale of recreational cannabis in 2012. The interview looked at the women’s perceptions of risks and benefits of cannabis use during pregnancy, trying to determine how the topic is seen from a patient’s perspective. This type of study is a great tool for medical professionals, who often find themselves struggling to understand the point of view of patients who act seemingly against their own self-interest.

The harmful effects of cannabis on pregnant women

Tetrahydrocannabinol (THC), the main psychoactive component of cannabis, is able to cross the placenta during gestation. That’s been proven since the late eighties. On top of that, other studies have found a relation between self-reported cannabis use and low birth weight. Postpartum, THC can be passed to the baby during breastfeeding.

The Washington State study does specifically state that “a link between cannabis use in pregnancy and perinatal mortality has not been established”. However, what evidence does exist regarding the negative effects of cannabis use on pregnant women was enough for the American College of Obstetrics and Gynecologists (ACOG) to recommend that women should not use cannabis during preconception, pregnancy, and lactation.

Cannabis use among pregnant women is on the rise, and as more states legalize the drug, those numbers are expected to keep growing. Between 1999 and 2008, the number of pregnant women using Cannabis increased by 72.5%. That growth was 62% between 2002 and 2014. More recent numbers estimate that about 7% of women use marijuana during pregnancy, and about 3.4% use it daily.

Why women still use it

Analyzing the data of their survey, the researchers concluded that there were five main reasons why women continued to use cannabis during pregnancy and postpartum. Here’s a summary based on the Science Daily report.

1 – Continued use for health management. Cannabis is often used by patients to manage different types of health issues such as nausea, pain, difficulty sleeping, stress, and anxiety. Many of these problems are made worse by pregnancy and can be mitigated by the use of Marijuana containing high concentrations of CBD.

2 – Mixed messages. Many women reported receiving conflicting recommendations from health care providers, some of whom recommended limited cannabis use, or didn’t protest the use at all.

4 – Legal concerns. Even in states where cannabis is legal, women still worry about the legal ramifications of disclosing their use of the substance to healthcare providers, often staying silent or failing to accurately report their use due to fear of being reported to child protective services.

5 – Ongoing evaluative process. The women survived reported continually analyzing the risk/benefits of using cannabis during their pregnancy and choosing in favor of continued use. Often, they decide that cannabis is a safer alternative to opioids and other pharmaceuticals.

The last point is a powerful one because it isn’t always incorrect. There are indeed worse alternatives than marijuana and cannabis products when it comes to managing pregnancy symptoms, and there is some indication that CBD can help reduce drug cravings. However, the study seems to indicate that lack of information and fear of discussing the issue are the main reasons why women choose to consume cannabis instead of talking to doctors to find more medically safe alternatives to manage their own health.

Under The Shadow Of Covid-19: NVIDIA’s Virtual GTC Sets Bar For On-line Conferences