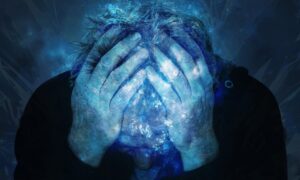 Meth and crystal meth are two forms of the same illegal substance. It can be taken in a variety of forms, from smoking to injections, all of which can be harmful and addictive. How addicting is meth when it’s compared to other drugs?

How Quickly Can You Get Addicted to Meth?

You probably won’t get addicted after the first time you use meth. However, it’s very possible for your body to start craving it and tempting you to use it again if you use it once. It may only take a few consistent uses for you to get addicted to meth. It’s possible to create a dependency in your brain after only using meth twice in a short period of time.

Addiction to meth is difficult to handle or control. After a few uses, the pathways in your brain are rewired to start thinking of meth as a necessary thing. From your brain’s point of view, it becomes something necessary for your survival and well-being, which makes using more of an unconscious action than a conscious choice. This is why meth becomes addictive so quickly compared to other drugs.

Why is Meth So Addictive?

Meth has a different effect on your brain than many other street drugs. After one use, you feel such a strong sense of euphoria that you’ll be tempted and drain back to using it again. Once you use it again, especially if you use it consistently more than twice in a short period of time, it’s likely to brain will begin rewriting its decision-making center.

Breaking an addiction to meth is difficult and may take years. Your brain develops a strong dependency on meth that makes it feels like you need meth in order to stay alive. While your body is becoming dependent, your mind is tempted by the high, making it even harder to resist using again in the beginning. Meth highs can last between four and sixteen hours. During that time, you may feel more confident, sexier, and smarter. This is one reason it’s such a powerful temptation to use again.

The problem with meth addiction is that meth is a toxin that slowly destroys different parts of your brain as you use it. As you use it, the sense of euphoria becomes harder and harder to reach. Many users go into a binge period where they use constantly at higher doses to try to reach the high again. This leads to a myriad of health issues, both mental and physical. It can also lead the dopamine receptors in the brain being destroyed, making a high or any feelings of pleasure impossible.

For years after you quit using meth, it will still feel like a necessity for your body. You may have to stop taking it for more than three years before you finally feel like you can consciously control the urge to use again. At this point, some of the damage to your body may have healed, but any damage to your cognitive functions is less likely to repair itself, even after a long time.

You not be able to get rid of your addiction to meth, but there are treatment options available that really work. Contact a center like the Recovery Village if you’re having trouble quitting meth or if you want help with your addiction.

It can be dangerous to use meth even one time, because it’s a drug that creates dependency quickly, even after just a few uses. When meth is labeled as one of the most addictive substances, it is not an exaggeration, but a true representation of the danger of using meth at all.

Biometric passports have made passport scanner highly important for everyone