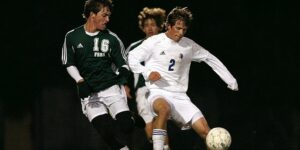 Technology is changing our everyday life, and it is, therefore, no surprise to see it impact the world of sport and betting.

The development of the online world is adapting the way in which we can acquire goods and even gamble with electronic currency.

Bitcoin has opened up the process of spending online, offering a different medium than the traditional methods.

It has transformed the way in which punters can bet online, with speed and virtual anonymity due to the processes involved. As a result, bitcoin betting is starting to become popular across the globe.

Sportsbet.io are one of the bitcoin-based bookies to capitalize on the new markets and have offered their customers the chance to earn Leaderboard points on accumulators due to the increase in sport available.

Without the new technology, the opportunity would not be there and it should give other businesses food for thought about how to improve – and connect – with their supporters. As with all new ventures, it takes a bold step forward to ultimately transform the way of life.

In terms of soccer and the world of sport – where decision-making can make-or-break results and punts – the debate over video technology has raged for some time.

How many millions have been saved on bets over the years in sports that have used the technology at hand, such as cricket, tennis, rugby and the NFL?

The answer is probably a significant amount, with replays determining the correct answer rather than relying on the human eye alone to decipher key events in contests.

Tennis has embraced the technology more than others with Hawk-Eye, especially at Wimbledon, where the crowd at the All-England club build up to the decision with a clap in rhythm.

Even one of the most traditionalist sports in the world – cricket – has allowed itself to become immersed in technology with their review system. Although it has not been perfect at times – it’s certainly hard to imagine life without it – as discovered in Australia’s recent test series in India.

Soccer has been late to the party in terms of adapting technology, due to huge fears over its effects on the speed of the game.

Goalline technology has become a vital factor in deciding the outcome of Premier League matches and has easily adapted into the modern game with the simple use of a smartwatch supplied to the referee.

England supporters could only have hoped for the technology in the 2010 World Cup when Frank Lampard was denied an equaliser against Germany, only for the referee to deem that the ball had not crossed the line – when in fact, it had done.

Recent decisions could easily have solved by technology, include Southampton’s disallowed goal against Manchester United in the League Cup Final, while Arturo Vidal’s second booking against Real Madrid in the quarter-finals of the Champions League could have been reversed.

A recent friendly clash between France and Spain implemented the use of screens at the side of the pitch for the officials to review big decisions.

This is a step in the right direction, but more needs to be done to solve matters, with the NFL leading the way by adding the use of tablet devices to their men on the field to aid in the speed of decision-making.

Much like how bitcoin has revolutionized the betting market – sports and especially soccer – need to take a similarly bold move to improve the quality of matters on the pitch to keep in line with the dramatic rises in technology.