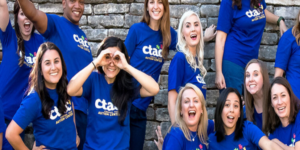 For a long period of time, people who had some form of Autism Spectrum Disorder (ASD) were misunderstood which lead to mistreatment and in some cases, even abuse. This originated from a lack of knowledge that gave birth to fear. Diagnosis of Autism Spectrum only dates to the 1950’s. Progressive and modern methods like Applied Behavior Analysis (APA) therapy were not employed until fairly recently. Nowadays, however, facilities like the Central Texas Autism Center run by Kelle Wood Rich, M.Ed., BCBA pride themselves in helping people with ASD develop to their full potential.

The diagnosis of Autism reflects truly a spectrum of functioning in the areas of behavior, social skills, and communication. The symptoms can be severe taking the form of self-injurious behaviors, aggression, an absence of speech and a comorbidity with intellectual disability to very mild where IQ may be very high, and symptoms may only be more noticeable in the areas of social skills and relationship development. In fact, ASD is a condition that many brilliant historical figures may have had and several current celebrities self-report. This serves as a testament to the fact that people with ASD can be capable of just as much, if not more. Below are some of the most notable personas from history who may indeed fit the criteria for ASD if evaluated today.

As one of the most brilliant people that ever lived, Albert Einstein is quite a household name. With an estimated IQ score of anywhere between 160 and 190, he changed the landscape of theoretical physics. Besides all the achievements, however, many scientists have attributed Einstein’s inability to speak until a later age to some form of an Autism Spectrum Disorder. He also had a noticeable lack of social skills, very little regard for eating and difficulty sleeping, symptoms we often see with people with ASD. Most interestingly, there are multiple reports stating that his children were not allowed to touch him even though he very much loved and cared for them.

Though it is impossible to prove that Mozart had an Autism Spectrum Disorder, he had many documented behaviors that may fit the criteria today. Born in Salzburg, he is known for being amongst the best composers of the Classical era. One of the reasons there is a belief that he may have had ASD comes from his facial expressions. Mozart had a series of facial expressions he would repeat during his performances. Mozart also self-reported that he found it very hard to keep his hands and feet motionless as his attention span was severely limited. Other factors include unforeseeable mood swings, lack of social skills with reported behaviors that offended others, and frequent temper tantrums. He still managed to create many timeless compositions.

Michelangelo is known for pieces like The Sistine Chapel ceiling, The Last Judgement, sculptures of David and Pieta, and The Creation. Like with the previous two giants, this artist has been diagnosed by many professionals with the condition post-mortem. The reasons include a lack of social skills and ability to have relationships, a perseverative interest in his art, angry outbursts and a lack of conversational skills.

Influential people who had Autism did not only live in the past. The world today has so many celebrities that have been given this diagnosis that it might be impossible to list them all. Thus, the following individual is a perfect example of how contemporary people can be affected by the disorder and still go on to do amazing things in their life.

Although Mr. Aykroyd has not written any physics laws, drawn unimaginable paintings, or composed beautiful symphonies, he did build a note-worthy entertainment career. He is known for his acting, screenwriting, and producing, as well as being a successful businessman. His Tourette’s diagnosis was confirmed when he was only 12 and Asperger’s came soon after. Nonetheless, he found ways to cope with his symptoms and fulfill his dreams.

Courtesy of people like Kelle Wood Rich and places like the Central Texas Autism Center, many children, and adults with Autism can now learn to live life to their full potential. Utilizing the science of Applied Behavior Analysis delivered by certified trained professionals, the team at Central Texas Autism Center customize therapy to fit the needs of each individual learner.  Central Texas Autism Center serves children from the time of diagnosis through the lifespan. From children severely impacted with Autism that may also have comorbidity with intellectual disability, genetic disorders or seizure disorders to those with mild forms of autism who may be on their way to college and employment and hopefully, even more, amazing things like their predecessors.

How Doctors Are Using Brain Imaging to Treat Depression