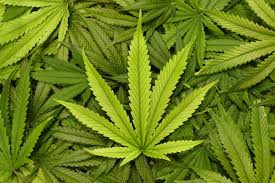 There has been a lot of debate for decades on whether marijuana should be legalized or not. And the debate is becoming more complicated because some states have legalized it while some haven’t. There are countries that want to legalize cannabis for medical use, while others want to legalize it for recreational use.

Again, there are a group of people who just want the marijuana to be legalized without any restrictions. But whichever the reasons, here are some of the reasons why marijuana should be legalized.

1. Marijuana can be used for medical purposes

There is so much stigma attached to marijuana and this makes patients be afraid of getting it. By legalizing marijuana, sick patients will access it without having to struggle much to get it for medical use. Apart from being beneficial to cancer patients, marijuana has been found to have several health benefits.

2. Marijuana is safer than alcohol and tobacco that are legalized

It is no surprise that both tobacco and alcohol are harmful to one’s health. Statistics show that alcohol is responsible for over 200,000 deaths each year. This is not the case with marijuana. Marijuana is safe to use, and it cannot kill as well. It is worth noting that there is no relation between marijuana and traffic accidents. For marijuana to start being harmful, one would have to use more than it’s possible to consume.

3. Legalizing marijuana will raise a significant amount of revenue for both the state and federal governments

Legalizing marijuana could put a considerable sum of money in the state’s and federal government’s pockets. According to a report in 2017 by the cannabis data analytics, it estimated that the immediate legalization of marijuana at the federal level would lead to $131.8 billion in aggregate federal tax revenue being collected between 2017 and 2025. This figure was based on a 15% retail sales tax, payroll tax deductions, and the business tax revenue.

There’s no doubt that legalizing marijuana will create jobs. This will be a major boost considering the latest report showing an 18-year-low unemployment rate of just 3.8%. The New Frontier estimates that the immediate legalization of marijuana can create up to 1.1 million jobs.

You may be asking yourself where these jobs would come from. Well, first, the marijuana businesses will grow, and they will have demand for direct workers with the marijuana plant; from farmers to processors to distributors. So by legalizing marijuana, there will be a creation of both direct and indirect jobs.

5. There will be lots of money saved in law-enforcement costs

Legalizing marijuana wouldn’t just be about generating extra revenue, it will also save a lot of money that might be flowing out. A report carried out in 2013 by the American Civil Liberties Union found that marijuana enforcement costs up to $3.6 billion every year. If marijuana were to be legalized, these costs would not exist.

The best ways to view Instagram profiles and stories of users