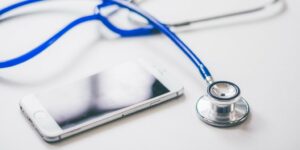 Dimethyl fumarate or Tecfidera is a prescription medicine that is used to treat the relapsing form of multiple sclerosis.

Tecfidera is said to reduce the risk of an MS relapse in two years by up to 49% over. Further, it reduces the chance of worsening physical disability by 38%.

Tecfidera is the brand name of dimethyl fumarate, but there is no generic name of this drug. It is a delayed-release capsule with is orally administered and is available in the markets in two strength variants of 120 and 240 mg capsules.

Why is Tecfidera used?

As said earlier, this drug is used to treat the relapsing MS. While it is not the cure, it does help decrease the episodes of worsening multiple sclerosis. This is the FDA-approved use of the drug. Off label, it is also used to treat plaque psoriasis.

Your doctor shall prescribe you Tecfidera only if you do not suffer from medical conditions that might worsen later on. These include:

The medication is known to cause liver damage. Taking it may worsen the condition.

If you have a suppressed immune system, taking Tecfidera may make you susceptible to serious infections.

Side Effects Of Tecfidera

The side effects of Tecfidera are generally grouped into two categories: the common ones and the more serious or severe side effects. Studies are still going on for more information on long term usage, effects, and health implications.

These side effects of Tecfidera are common but dissipate within a few weeks. If they do not go away or become more severe, you must talk to a doctor.

These symptoms have been discussed below for in-depth understanding:

PML is a viral infection that happens in people with a weakened immune system (e.g. people suffering from AIDS). Such an immune system loses the ability to protect the body against many diseases and infections, such as JC virus – the virus responsible for PML.

It affects the brain cells, killing important parts that help in the conduction of various neural impulses. While the chances are rare, PML has been found in people on Tecfidera. The white blood cell count, too, decreases. Thus, regular blood tests are a must for those using Tecfidera. The following are the symptoms of PML:

While it is also mentioned in the drug label, it is worth repeating that Tecfidera causes liver damage. It triggers a spike of certain liver enzymes, usually during the first 6 months of usage. The increase can be detected by blood tests. While this increase is harmless for most people, for a small number of patients, it turned severe and indicated liver damage. The following symptoms were noticed:

Thus, regular blood tests are an important part of treatment with Tecfidera. If the liver enzymes spike too much, your doctor might recommend stopping the usage.

It is important that you observe for a reaction if on Tecfidera. If you have had a reaction to this drug before, using the drug again can be fatal. You should talk to your doctor before resuming the treatment.

Tecfidera should be taken according to a qualified doctor’s instructions only. Many times, it is prescribed by the doctor to take it twice a day with meals. Taking it with meals helps in reducing the flushing effect. Also, a 325 mg aspirin taken half an hour before Tecfidera can help with flushing as well.

Also, the tablet should not be crushed at any point in time. This medicine is meant to be swallowed whole.

Effects Of Tecfidera On Pregnancy

Tecfidera and pregnancy do not mix. Animal studies have shown that Tecfidera can be harmful to the unborn baby. However, it is right to point that animal studies do not always stand true in the case of humans. For obvious reasons, its effect on pregnancy has not been tested on humans. However, chat with your doctor to get a better insight.

Also, if you conceive while on Tecfidera, you can enroll in the Tecfidera Pregnancy Registry, which helps scientists and pharmacists gather information about the effect of drugs on pregnancy.

How Does Tecfidera Work?

Multiple sclerosis is a disease in which the body’s own immune system attacks its own healthy cells, mistaking them for harmful cells. This causes inflammation that lasts a long time, which subsequently causes nerve damage. Many MS symptoms are produced due to demyelination – damage or breakdown of the fatty lining of nerve cells, affecting the daily life and normal activities of a person drastically.

It is said that Tecfidera gets the body to produce a special protein, Nrf2, which helps the person regain the lost muscular balance. It may also inhibit the activation of certain immune cells, thus reducing the effects of MS. While it is shown to affect the body right away, full effect can take a week to be shown. It might not help in improving your symptoms, as its only job is to prevent MS from relapsing.

If these symptoms appear or you think you have overdosed, immediately seek medical assistance for this may be life-threatening.