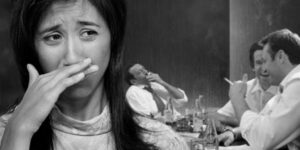 Lung cancer is one of the deadliest forms of cancer that we know about. Between 2003 and 2007, it claimed a reported 792,495 lives, making it even more deadly than colon and rectal cancer, which came far behind in second at 268,783 lives. It’s also not an exceptionally rare form of cancer; for every 100,000 people, statisticians anticipate approximately 55.8 newly diagnosed cases per year.

But lung cancer doesn’t develop exclusively in response to smoking. There are other risk factors that you need to know about.

So what are these other risk factors for lung cancer?

The Importance of Proactive Screening

Because lung cancer is one of the most serious types of cancer, it’s especially important to detect its development in its early stages. If you feel you’re at increased risk for lung cancer, it’s a good idea to sign up for an early screening—especially if you’re over the age of 55, at which point, you should consider getting screened annually. If caught early, a minimally invasive surgery may be all that’s necessary to prevent the cancer from getting worse.

Building a House You Can Be Proud Of

How Do Top Companies Hire their Employees