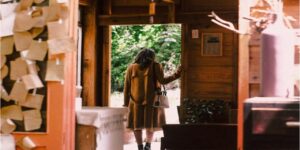 Growing into adulthood is made all the more difficult when personal relationships outlive their lifespans. As we grow older, people change (or they don’t at all), and often that change means a few things. People can fall into bad habits, negative behaviors, or simply find themselves in a rough spot where all they do is lash out at others. We all have friends and family we know are toxic, but sometimes it can be difficult to know when to cut someone off entirely. The short answer is as soon as they begin adding only negativity and toxicity to your life, but these five signs are good indicators as well.

Manipulation is a favorite tactic of narcissists, emotionally insecure people, and controlling people. Manipulation usually takes the form of emotional abuse, but it comes in many damaging forms that boil down to one simple desired outcome: control. Manipulative behavior’s sole purpose is to control the victim’s feelings or actions, and more people than you might think engage in it.

Guilt-tripping is a favorite type of emotional manipulation in which the abuser uses your own guilt against you to create a more favorable outcome. A guilt trip can last for minutes or even weeks. Manipulation can also include lying or distorting facts to paint the abuser in a more positive light, intellectual bullying (I’m smarter than you so you don’t know), belittling or name-calling, and more. Someone who engages in these behaviors on a frequent basis does not have your mental health in mind.

While you shouldn’t expect friends and family to throw themselves upon the altar of your dreams and aspirations and sacrifice every waking moment to support them, it’s not unreasonable to expect some level of emotional support when you’re going through hard times, reaching for a goal, or trying to improve your life in some way. The whole purpose of having a close-knit group of friends or family members is so that you can have support in the times you need it most.

Friends and family who offer no support or scoff at your aspirations aren’t exactly helpful. In fact, scoffing at your dreams or aspirations is a great way to make you feel awful, and it’s usually because they have no aspirations of their own and they’re projecting insecurities onto you. Either way, this is unhealthy behavior in a stable relationship.

This is something we hear about a lot, and while it seems cliche to suggest that someone doesn’t belong in your life because they’re “negative”, consider this: according to this article published at Inc.com, chronic negativity from those around you can literally kill you. The constant state of stress and emotional negativity from these types can break down your resolve, cause more stress and anxiety or other mental health conditions, and even weigh on your heart and brain health. The bottom line is that no one wants to feel down all the time!

Make no mistake; the people you keep in your life have a profound impact on it. Whether you’re 23 or 53, the friends and family you keep close aren’t doing anything for you if they’re constantly sad, angry, or negative.

4. Nothing You Do Is Ever Good Enough

Criticism is an incredibly valuable tool for personal growth, but it’s a double-edged sword; where on the one hand it’s beneficial to those looking to improve, on the other, it can be used as one of the most harmful weapons in an abuser’s arsenal. The thing is, most people don’t take criticism well, and certainly don’t know how to dish it out in a healthy way; but abusers and manipulators know exactly what they’re doing.

Someone who criticizes every little thing you do to the point where nothing is going to be good enough has no place in your life. What level of growth can you hope to achieve from such a relationship?

While it should be an unspoken truth that abuse in any form, be it physical or verbal, should be a reason to end a relationship, the fact is that many people choose to stay with an abuser. This is usually due to fear; whether it’s of the abusers themselves, reprimand from the outside world, or fear of what may lie beyond the abusive relationship. It takes great courage to cut an abuser out of your life, but the bottom line remains true: there is absolutely, positively, 100% no good reason for someone to physically or verbally abuse you on a constant basis.

We’ve all done it; made excuses for the people that treat us poorly. It’s human nature to try to see the best in the ones we love, but the fact is, love is conditional (or it should be). Real love doesn’t involve manipulation, abuse, or any other kind of negative behavior. Don’t let the bonds of blood relations or time keep you rooted to someone who treats like less than a person.

How Social Media Gave Birth to One of the Largest Recovery Groups: Christopher Ferry